Klages' trial is set to begin Monday in Ingham County Circuit Court, where she faces two charges of lying to a peace officer in connection with the Larry Nassar sex abuse scandal. 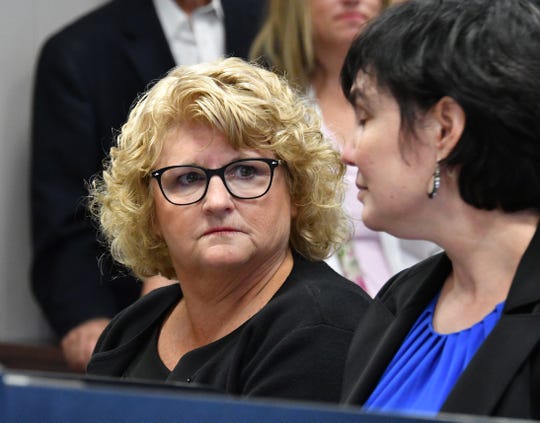 Two witnesses who testified against Klages in September 2018 said they told Klages about Nassar decades ago and that she did nothing, followed by an investigator who testified that she lied about it that year.

Klages is thought to be the first person allegedly told about Nassar’s abuse in 1997.

Her lawyer, Lansing-based Mary Chartier, argued that Klages told the truth when she said over and over again that she didn't remember the alleged reports from 1997 when was interviewed in June 2018 by David Dwyre, an investigator with the Michigan Attorney General's Office.

"We are pleased the Court of Appeals denied leave regarding the lower court’s decision to quash testimony in Ms. Klages' case," Nessel said in a statement Friday. "We look forward to proceeding with the trial on Monday."

A judge in Ingham County Circuit Court held a hearing Wednesday and decided that the defense’s expert witness, Dr. Elizabeth Loftus, was not necessary to explain matters related to memory, as these were the kinds of decisions a jury would be able to address without an expert, Nessel's office said.

The charges against Klages are part of the attorney general's ongoing investigation into what happened at the state's largest university that allowed Nassar, a former doctor, to sexually abuse scores of young women for so long.

She is the fourth person to be charged in connection with the Nassar scandal and the first from MSU's athletic department.  A Detroit News investigation found Klages was one of at least 14 MSU representatives who received reports of Nassar's conduct over two decades.

Nassar has admitted he sexually abused young female athletes, many of them gymnasts, under the guise of treatment over more than two decades and is now incarcerated with sentences that will keep him imprisoned for the remainder of his life. Many of his accusers say that if Klages had reported him in 1997, they might have been spared.

Klages abruptly retired from Michigan State after 27 seasons in February 2017, after two former gymnasts filed lawsuits against MSU and other institutions, saying they had told Klages about Nassar 20 years earlier.