The youths' attorneys say all four were immediately suspended for off-campus speech protected by the First Amendment and school leaders enforced an anti-harassment policy that goes beyond what state law allows.

“While Plaintiffs’ speech was immature and inappropriate, none of Plaintiffs’ speech amounted to a true threat, it was not reasonably calculated to reach the school environment, nor did it pose a serious safety risk to the school,” said the lawsuit filed Tuesday in U.S. District Court.

“Any disruption that occurred in the school environment was the result of the Defendants’ overreaction to Plaintiffs’ speech and their violation of Plaintiffs’ constitutional rights, rather than the speech itself.”

In a letter to parents Jan. 27, Saline Area Schools Superintendent Scot Graden said “it was brought to the attention of our staff and administration that offensive and inappropriate racist comments using derogatory terms about African Americans were posted on social media by Saline High School students.”

He did not disclose how the alleged participants were disciplined. 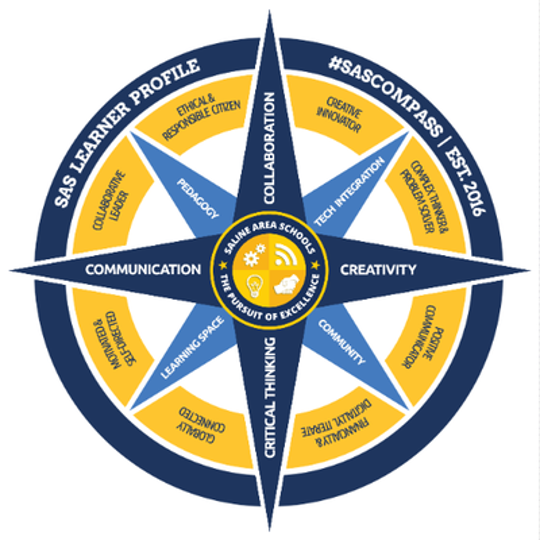 According to the lawsuit, the night of Jan. 26, four unidentified white students at the Washtenaw County school were among the youths added to a private group that two other teens had started on the Snapchat messaging app.

“In the course of their conversation, many of the children, both African American and Caucasian, used inappropriate language that included offensive terms like the ‘N’ word and various abbreviations of that word, ‘white power,’ and ‘the South will rise again,’ ” the document said. “… While Plaintiffs do not excuse the use of such language, the intent and understood usage of these offensive terms was in the context of immature banter between friends and in a joking manner.”

The conversation was intended to be private, according to the court filing; another student who arrived late to the group recorded a video of the chat and posted it publicly but without large portions.

Soon after, “with virtually no investigation, Defendants made a grossly negligent decision to verbally suspend all the Plaintiff children and barred them from attending Saline High School indefinitely.”

The students’ lawyers claim that only last week did they receive written communications from the district saying the teens violated the school code of conduct. However, they argue the online exchanges “did not happen while Plaintiffs were traveling to and from school, at school, on school property, at school sponsored events, or at any school off campus events.”

They also say the state’s anti-bullying act known as the "Matt Epling Safe School Law" does not grant authority to “police or punish speech or expression that does not occur ‘at school.’ ”

The lawsuit alleges none of the African American students involved in the messages were disciplined and “Graden and other school officials rushed to judgment and labeled all the Plaintiff children as racists.”

Meanwhile, two of the four suspended students were allowed to return to school only after they “completed a class on racism,” according to the filing, which seeks damages and injunctions reinstating the youths.

Neither Graden nor other district officials immediately responded to requests for comment Tuesday night.

The controversy over the student posts led to a community meeting at the local school district office last week. During that gathering, a white parent asked a Hispanic parent who said his son had faced racist name-calling why he didn’t “stay in Mexico.”

Meanwhile, the district on Tuesday announced that the superintendent's "Community Conversation on Diversity, Equity and Inclusion" planned for this week has been rescheduled to five listening sessions between Feb. 19 and March 4.

“We are convinced that we can and should do a better job of collecting feedback from stakeholders throughout our community,” the notice said. “We believe deeply in the need for ALL voices to be heard related to the ongoing dialogue in our community around issues of racism.”