The U.S. Air Force is allocating $13.5 million toward cleaning up drinking-water contaminants around the former Wurtsmith Air Force Base in Oscoda

Washington — The U.S. Air Force says it is allocating $13.5 million toward cleaning up drinking-water contaminants around the former Wurtsmith Air Force Base in Oscoda.

The funding is part of the $60 million that Congress provided last year to the U.S. Department of Defense to address contamination by certain perfluoroalkyl and polyfluoroalkyl substances known as PFAS at decommissioned military bases, lawmakers said. 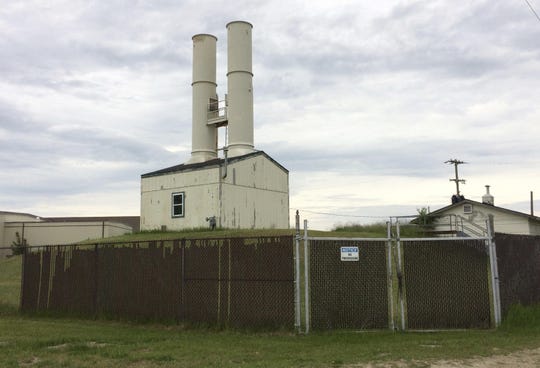 In a letter this week to US. Sen. Gary Peters, D-Bloomfield Township, Air Force Secretary Barbara Barrett said the funding would expedite the remediation investigation at Wurtsmith by a year.

That investigation is meant to determine the extent and nature of the contamination, conduct interim remedial actions, and expand or construct treatment systems if needed, Barrett wrote.

"Wurtsmith has been waiting for additional resources for far too long," said Peters, who sits on the Senate Armed Services Committee and who took the assistant secretary of the Air Force last year to visit Wurtsmith.

"This has been a multi-year process with what seems to be ongoing delays and additional resources need to be applied. I’m certainly appreciative out of the $60 million in additional funding around the country, Wurtsmith got $13.5 million. That's a pretty big chunk of it."

Sawyer in Marquette was not given any additional money, as there is only one contaminated well on that base, Barrett said, compared with "multiple exposure pathways" at Wurtsmith. 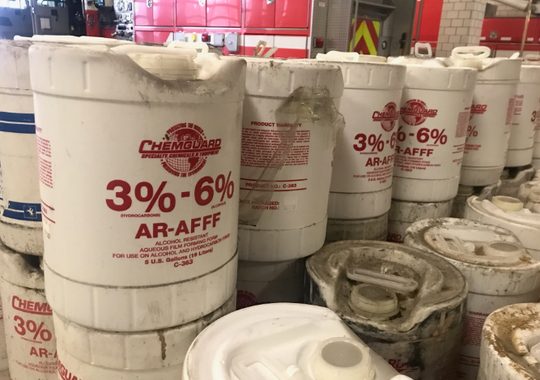 Pails of firefighting foam containing PFAS sit in a Lansing Fire Department garage on Thursday, Dec. 12, 2019. Michigan has launched a statewide initiative to collect and dispose of the foam. (Photo: Craig Mauger / The Detroit News)

Wurtsmith is in the district of U.S. Rep. Dan Kildee, D-Flint Township, who said still more aid is needed to protect residents from PFAS leeching into their drinking water supply.

“Oscoda residents and families have been waiting far too long for the Air Force to act more urgently," Kildee said in a statement.

PFOS and PFOA have been used in firefighting foam, deployed for emergency response and training at military and civilian airfields.

Bipartisan members of Michigan's delegation have been pressing the Air Force for swifter clean up of chemical contamination at Wurtsmith, Sawyer and other military installations.

"But it's a collaborative effort by all concerned to continue to test for and mitigate PFAS."