Michigan Medicine will be able to bypass Michigan's state laboratory, which until late last week was the state's sole provider of COVID-19 testing

No details were released on the number of tests the health system has available.  Launching its own test will allow Michigan Medicine to bypass Michigan's state laboratory, which until late last week was the state's sole provider of COVID-19 testing. 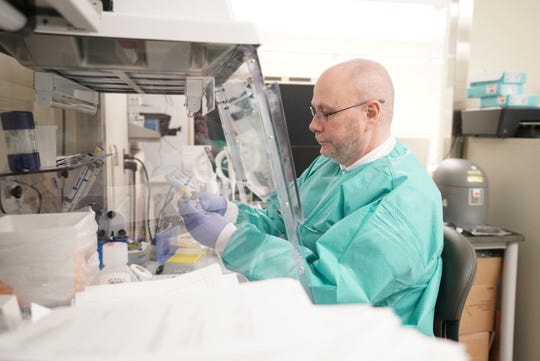 Metro Detroit hospitals have rapidly expanded the number of patients they can test for COVID-19 as Detroit-based Henry Ford Health and Royal Oak-based Beaumont Health systems have developed and launched in-house tests.

Henry Ford officials say they're able to test up to 100 patients per day with their new test, which was deployed Monday, and will expand that to 200 per day by next week, and as many as 1,000 per day within weeks. Beaumont Health system officials, meanwhile, said they started Tuesday to process a "limited number" of tests.

The Metro Detroit hospital systems are among the first in the country to complete development of their own tests after the federal Food and Drug Administration relaxed guidance for test developers to speed testing during the COVID-19 pandemic.

The developments are expected to partially ease the demand for testing as confirmed cases of the disease in Michigan expanded to more than 100 on Wednesday.