As her husband nears the end of his parole in May, Nicolette Schofield said she’s looking forward to his return home from the Detroit Reentry Center where he’s taking a 90-day class.

Her concerns have grown for his safety, however, as the Michigan Department of Corrections deals with preventing the spread of coronavirus in its facilities. 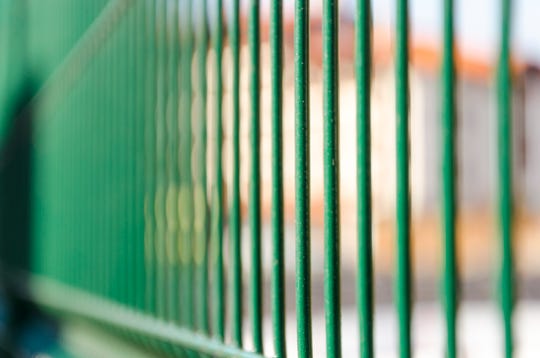 The Michigan Department of Corrections said Monday it learned one of its inmates has tested positive for COVID-19, raising concerns of outbreaks. (Photo: TNS)

“They’re putting their health in danger for a program they can do at home or online,” Schofield said of her husband, Trevor Warren, who she said is housed at the center to complete an anger management class. “They’re just parolees. They’ve served their time. They’re there for a class.”

Schofield is among family members of inmates and parolees in Michigan Department of Corrections facilities concerned for the safety of their loved ones amid the coronavirus outbreak.

On Monday, the Michigan Department of Corrections said it learned that one of its inmates has tested positive for COVID-19. It is unclear if the inmate at Kinross Correctional Facility in Kincheloe contracted the virus while in prison or while being treated at a hospital earlier this month.

Also, three employees in different parts of the state have tested positive for the virus.

The MDOC said it has taken numerous steps to manage the spread of COVID-19.

Schofield, a Flint resident, said she’s concerned because her husband is 40 with high blood pressure.

“In prison that’s the worse place to be,” she said. “People are on top of each other.”

The Michigan Department of Corrections has roughly 38,000 inmates and more than 12,000 employees, including about 6,000 corrections officers. One in 4 state employees works for the Corrections Department.

The American Civil Liberties Union of Michigan, Safe & Just Michigan and the American Friends Service Committee have urged the Michigan Department of Corrections and the state’s 83 county sheriffs to adopting proactive plans to prevent and manage the spread of COVID-19.

Chris Gautz, spokesman for MDOC, said the department has taken numerous steps to prevent the spread of the coronavirus.

“We’ve increased our cleaning measures,” he said. “We’ve allowed the use of bleach at all of our facilities. We have slowed down the movement of our chow hall. We send over half as many prisoners at a time as we typically do. We have them sit two to a table instead of four. We have them sit further apart.”

Gautz said inmates have been told that they are not to be around each other in large groups and high-contact activities such as basketball are not allowed.

“In our classrooms we have broken up the classes and group therapies so we have typically less than 10 prisoners at time,” he said. “We spread them out in their desks so they’re further away from others.”

Anyone with a fever greater than 100.4 is not allowed to enter an MDOC facility, Gautz said.

State and federal prisons halted in-person visits, including for volunteers, on March 13.