University of Michigan President Mark Schlissel is recommending the firing of David Daniels, a renowned opera singer and tenured professor accused of seeking sex from students and other sexual misconduct.

The dismissal recommendation, to be considered at the Board of Regents meeting Thursday,comes after an internal UM investigation showed that he harassed 20 students, solicited students for sex, sent them nude photos and more.

A graduate student, Andrew Lipian, filed a federal lawsuit against UM, alleging that Daniels sexually assaulted and harassed him and that the university failed to enforce its policies against such conduct.

Last summer, a grand jury in Texas indicted Daniels and his husband, William Scott Walters, in the sexual assault of an incapacitated man in 2010. Samuel Schultz alleged the couple drugged and assaulted him when he was living in Houston as a 23-year-old graduate student at Rice University. 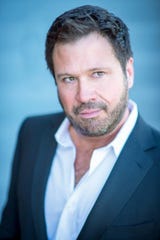 "I have determined that Professor Daniels’ conduct is inconsistent with the character of tenure at the University of Michigan and therefore constitutes cause for dismissal...," Schlissel wrote in a letter to be considered by the regents. "I therefore recommend the dismissal of Professor Daniels from his tenured position at the University of Michigan, effective immediately."

Deborah Gordon, a Bloomfield Hills attorney who is representing Lipian, said it is unfortunate that UM has continued to pay Daniels' salary, which university officials said is $191,635 annually.

"It is very discouraging that the University was not able to act more quickly to remove a known predator from the payroll," said Gordon. "The university had proof in August 2018 that Daniels had solicited students to perform sex acts in exchange for money."

She added that on March 26, 2019, the university issued a report finding that Daniels had sexually harassed multiple students, including sending graphic videos of himself.

"Daniels did not deny that," Gordon said. "This was an open-and-shut case, but the taxpayers have been forced to cover his large salary and benefits for over a year."

UM spokesman Rick Fitzgerald said the university followed a process for dismissing a tenured professor that is outlined in the regents' bylaws.

Documents obtained in August by The Detroit News through the Freedom of Information Act showed that UM officials pushed to initiate dismissal proceedings against Daniels after determining he “has engaged in a pattern of behavior that is harassing, abusive and exploitive of University of Michigan students.”

Internal memos describe several instances of alleged “unacceptable conduct” that prompted the recommendation for Daniels' termination, citing information from a 2019 report from the university's Office of Institutional Equity.

◾Soliciting several students in the School of Music, Theatre and Dance for sex in exchange for money. In at least one case, Daniels allegedly implied he would help advance a student’s career. The university described the conduct as "potentially criminal activity by a person in a position of power."

◾Making open and graphic sexual comments to multiple students as well as at least one prospective student.

◾Commenting on wanting sexual relationships with students “and/or engaging in sexual banter with them,” including during lessons and discussions related to academic and performance matters.

Due to the spreading coronavirus and the governor's directive to stay at home, the regents will meet  virtually at 4 p.m. Thursday. The public will be able to listen to the meeting by clicking on a link from the main UM website or using this link: www.umich.edu/watch/.