Michigan's first prisoner death related to coronavirus was in Jackson, where the virus has spread to 90 inmates

A 55-year-old prisoner who was found in his cell Wednesday tested positive for the coronavirus after his death, the first inmate death in Michigan, state officials said.

Joe Kearney was housed at the Parnall Correctional Facility in Jackson and did not previously tell health care workers he was feeling sick, the Michigan Department of Corrections said. 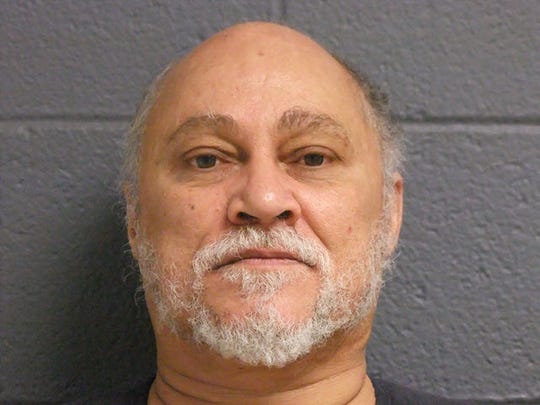 "He was found unresponsive in his cell and was taken to the hospital, where he died," the department said. "The hospital then tested him and the results came back positive for the virus. In a JPay message to prisoners this week, we reiterated how important it is for prisoners to let healthcare know if they are feeling sick."

Kearney was serving a five-year sentence for home invasion and previously served time for multiple breaking and enterings and felony firearm.

Since his death, 90 inmates have tested positive at the Jackson facility, according to state records.

A total of 207 prisoners have tested positive for the virus across Michigan prisons. The majority are housed at:

The State Department said staff transporting prisoners are fully dressed in personal protective equipment and anyone who has been ordered to telecommunicate will not return to work until directed by state officials.

"Facilities that had positive cases began receiving masks this week that were produced by Michigan State Industries. As production increases, masks and protective gowns will be sent to all facilities for staff and prisoners. In the meantime, facility staff are permitted to bring their own PPE, such as masks, gloves and gowns," the department said in a statement.

"The need for social distancing to help prevent the spread of this virus has included asking organizations to have as many people telecommute as possible, and the MDOC is doing that to the extent we can."

The department has suspended visitations and will continue to process paroles and releases as scheduled. Parole Board lifer and commutation public hearings have been postponed.