Report: State tax revenue in April down $1B or 43% from last year

Tax revenue in April was down 43% from the prior year, an expected but drastic decrease in the wake of the coronavirus pandemic

Report: State tax revenue in April down $1B or 43% from last year

Tax revenue for Michigan’s general fund and school aid fund in April dropped 43% from a year ago year, an expected but drastic decrease in the wake of the coronavirus pandemic.

The $1.5 billion collected for the two funds was about $1 billion less than the revenue the Senate Fiscal Agency had predicted for the month in January estimates, according to a report from the agency. 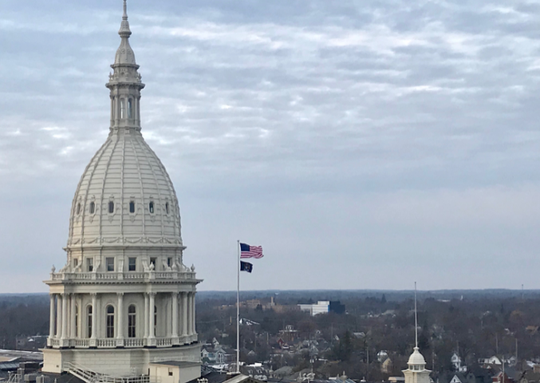 The Michigan Capitol is pictured in December 2019. (Photo: Craig Mauger / The Detroit News)

“The impact of Gov. Whitmer's executive orders temporarily closing or restricting many businesses and requiring most individuals to stay at home was apparent in the collections for many taxes,” the Friday report said.

But $928.9 million of the $1 billion shortfall is due to delayed deadlines for residents and business to submit income, use and sales tax payments.

Once the tax payments come due in May and July, the new payments will likely boost the May and July collections. Moreover, other stimulus payments, unemployment and federal grants will likely offset some of the individual burdens of the pandemic-induced stay-home order, the report said.

Lawmakers and state budget experts have been bracing for what’s expected to be somber budget projections at the May 15 Consensus Revenue Estimating Conference. The Senate Fiscal Agency report released Friday is a clear precursor of the budget woes that may be discussed at that conference.

The state is expected to hold an additional revenue estimating conference after the the new July 15 tax filing deadline to assess the continued slide in state revenue, said Steve Anglelotti, associate director of the Senate Fiscal Agency.

The current year budget is a little less than $60 billion while next year’s proposed budget totals $61.9 billion. School aid and general fund monies, funded by state tax dollars, account for roughly $26 billion of next year's budget. Federal money comprises most of the rest.

The state has been anxiously awaiting news of what sort of help the federal government will provide state governments.

Last week, the state learned it would receive roughly $3.9 billion in direct federal aid through the CARES Act federal stimulus project, but it is barred from using that money on items that were already budgeted. Discussions are ongoing to provide states with more flexibility in the use of those funds, said Kurt Weiss, a spokesman for the State Budget Office.

“…under the current language, federal funds can’t be used to back fill revenue losses or support existing state costs, which is the No. 1 thing we need,” Weiss said this week. “The need for Congress to provide additional direct support to state and local governments is critical.”

Corporate income tax collections were down 77.3% from April 2019 largely because of the postponed payment deadlines.

Tobacco tax revenue was up 17% while casino tax revenue fell 100% because of the casino closures. Lottery revenue, despite its continued controversial operation through the pandemic, was down 25.8%.