A federal judge ruled Thursday that an Iraqi refugee recently granted a release on temporary supervision amid the coronavirus pandemic must remain out of custody and the government cannot detain him as long as Michigan’s state of emergency continues.

"Petitioner’s obesity and diabetes place him at a high risk of serious illness and/or death from COVID-19," U.S. District Judge Judith Levy wrote in her opinion and order Thursday. 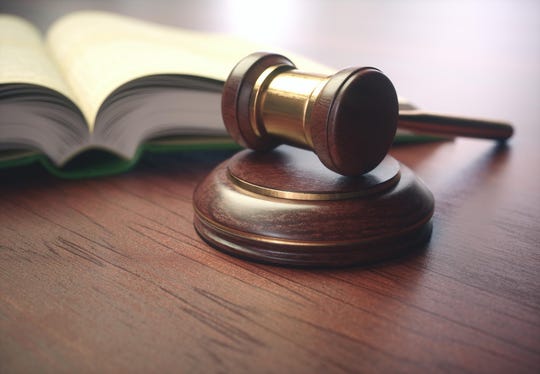 The order follows Levy's other decision in April. (Photo: AP)

Considering the confirmed cases at the correctional facility where Fawzi Zaya was held and its "absent widespread testing to determine the scope of the outbreak and to prevent asymptomatic transmission, Petitioner has shown a high risk of irreparable injury in the form of loss of health or life from COVID-19 absent an injunction," she added.

Reached Thursday night, Khaalid Walls, a regional spokesman for U.S. Immigration and Customs Enforcement, said: "We will decline comment as this is ongoing litigation."

Last month, the group By Any Means Necessary successfully petitioned for the release of Zaya, who is in his early 40s and has lived in the United States since 1982.

He was among other vulnerable detainees for whom immigrant rights attorneys and advocates have sought release out of fear they risk infection while locked up.

Zaya was convicted of second-degree murder in 2008 and previously served time for a drug crime, Michigan Department of Corrections records show.

His attorney have said Zaya, who uses a wheelchair because of spinal stenosis, also suffers from high blood pressure, diabetes and asthma.

Immediately following his release from parole on March 24, ICE took him into custody; he was held at the Calhoun County Correctional Facility, according to court filings. 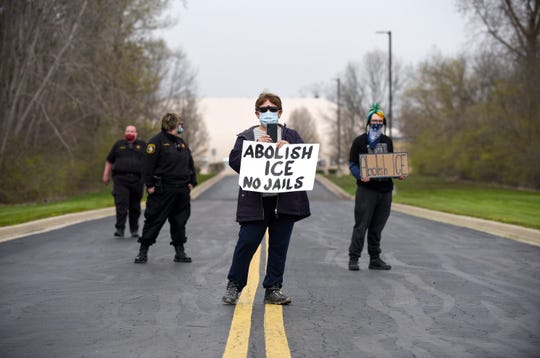 In an opinion last month securing his temporary release on supervision, Levy found that "no conditions of confinement at the Calhoun County Correctional Facility will be sufficient to protect this petitioner’s health, life and constitutional rights, short of release."

Government officials have argued they could guarantee individual housing for Zaya as well as provide masks to inmates and detainees. They also alleged he was a danger to the community and a flight risk.

Levy noted Thursday “there are now two confirmed cases of COVID-19 at the Calhoun County Correctional Facility, and no widespread testing to determine the scope of the outbreak and whether Petitioner would be exposed to the virus upon return to the facility. Moreover, given the percentage of asymptomatic COVID-19 cases and the virus’ incubation period of up to fourteen days, Respondent cannot reasonably assert that the outbreak is — or will continue to be — limited to these two cases.”

The judge added that “guaranteed individual housing in combination with Respondent’s other existing precautions would still be insufficient to guarantee Petitioner’s reasonable safety.”

Addressing Zaya being a potential flight risk, Levy wrote he "has now been released for twenty-five days; the Court has not received any reports that Petitioner has violated the terms of his release. His current age and medical condition would certainly limit his ability to flee or commit further crimes.”

She also said: “The Court recognizes the serious nature of Petitioner’s criminal history. However, given the severity of the public health crisis created by COVID-19 and the change in Petitioner’s personal circumstances, the Court finds that the public interest favors his continued release."

Levy’s decision Thursday, which converts a temporary restraining order into a preliminary injunction, states Zaya must comply with state executive orders and appear at all hearings related to his immigration proceedings.