Bay City – Five people and a dog have been rescued from a sinking boat in Michigan’s Saginaw Bay.

The 50-foot vessel was halfway submerged and one person wearing a life jacket was in the water when a Coast Guard rescue boat arrived after 11 a.m. Wednesday, the Coast Guard said Thursday in a release.

A line was tossed to the person who was pulled aboard the Coast Guard Station Saginaw River rescue boat. 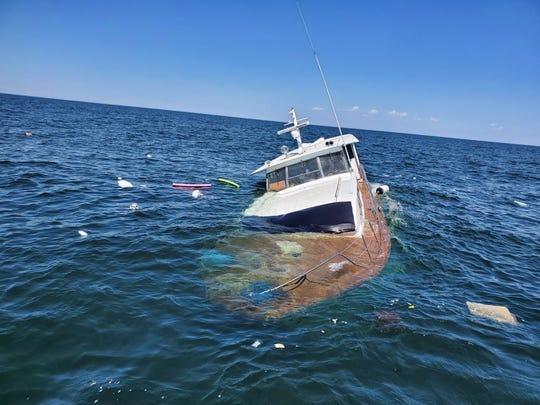 The other four people and the dog were helped aboard the rescue boat from the sinking vessel. They were taken to Bay Harbor Marina in Bay City.

Salvage crews were working Thursday on a plan to remove the sinking boat from Saginaw Bay, according to the Coast Guard.