COVID-19 cases were climbing at Michigan’s McLaren Flint hospital. So Roger Liddell, 64, who procured supplies for the hospital, asked for an N95 respirator for his own protection, since his work brought him into the same room as COVID-19-positive patients.

But the hospital denied his request, said Kelly Indish, president of the American Federation of State, County and Municipal Employees Local 875.

On March 30, Liddell posted on Facebook that he had worked the previous week in both the critical care unit and the ICU and had contracted the virus. “Pray for me God is still in control,” he wrote. He died April 10.

The hospital’s problems with personal protective equipment (PPE) were well documented. In mid-March, the state office of the Occupational Safety and Health Administration (OSHA) received five complaints, which described employees receiving “zero PPE.” The cases were closed April 21, after the hospital presented paperwork saying problems had been resolved. There was no onsite inspection, and the hospital’s written response was deemed sufficient to close the complaints, a local OSHA spokesperson confirmed.

The grief and fear gripping workers and their families reflect a far larger pattern. Since March, more than 4,100 COVID-related complaints regarding health care facilities have poured into the nation’s network of federal and state OSHA offices, which are tasked with protecting workers from harm on the job.

A KHN investigation found that at least 35 health care workers died after OSHA received safety complaints about their workplaces. Yet by June 21, the agency had quietly closed almost all of those complaints, and none of them led to a citation or a fine.

The complaint logs, which have been made public, show thousands of desperate pleas from workers seeking better protective gear for their hospitals, medical offices and nursing homes.

“This is a travesty,” she said.

A third of the health care-related COVID-19 complaints, about 1,300, remain open and about 275 fatality investigations are ongoing.

“We have a number of cases we are investigating,” Scalia said at the Senate Finance Committee hearing. “If we find violations, we will certainly not hesitate to bring a case.” 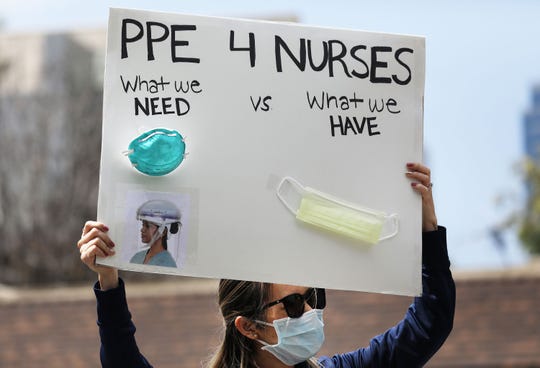 A nurse holds up a sign to protest the lack of personal protective gear available at UCI Medical Center amid the coronavirus pandemic on April 3, 2020, in Orange, California, as hospitals nationwide face shortages of PPE due to the COVID-19 outbreak. (Photo: Mario Tama, TNS)

A March 16 complaint regarding Clara Maass Medical Center in Belleville, New Jersey, illustrates the life-or-death stakes for workers on the front lines. The complaint says workers were “not allowed to wear” masks in the hallway outside COVID-19 patients’ rooms even though studies have since shown the highly contagious virus can spread throughout a health care facility. It also said workers “were not allowed adequate access” to PPE.

Kristin Carbone, the eldest of four, said her mother was not working in a COVID-19area but was upset that patients with suspicious symptoms were under her care.

In a text later that day, Birchenough admitted: “I have a cough and a headache … we were exposed to six patients who we are now testing for COVID-19. They all of a sudden got coughs and fevers.”

“Please pray for all health care workers,” the text went on. “We are running out of supplies.”

By April 15, Birchenough, 65, had died of the virus. “They were not protecting their employees in my opinion,” Carbone said. “It’s beyond sad, but then I go to a different place where I’m infuriated.” 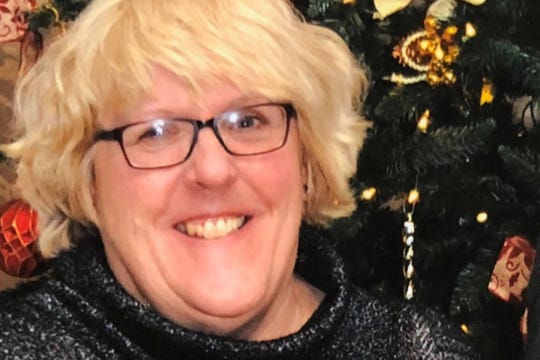 OSHA records show six investigations into a fatality or cluster of worker hospitalizations at the hospital. A Labor Department spokesperson said the initial complaints about Clara Maass remain open and did not explain why they continue to appear on a “closed” case list.

Nestor Bautista, 62, who worked closely with Birchenough, died of COVID-19 the same day as she did, according to Nestor’s sister, Cecilia Bautista. She said her brother, a nursing aide at Clara Maass for 24 years, was a quiet and devoted employee: “He was just work, work, work,” she said.

“Although the source of the exposure has not been determined, several staff members” contracted the virus and “a few” have died, Newton said in an email. “Our staff has been in regular contact with OSHA, providing notifications and cooperating fully with all inquiries.”

Other complaints have been filed with OSHA offices across the U.S.

Twenty-one closed complaints alleged that workers faced threats of retaliation for actions such as speaking up about the lack of PPE. At a Delaware hospital, workers said they were not allowed to wear N95 masks, which protected them better than surgical masks, “for fear of termination or retaliation.” At an Atlanta hospital, workers said they were not provided proper PPE and were also threatened to be fired if they “raise(d) concerns about PPE when working with patients with Covid-19.” 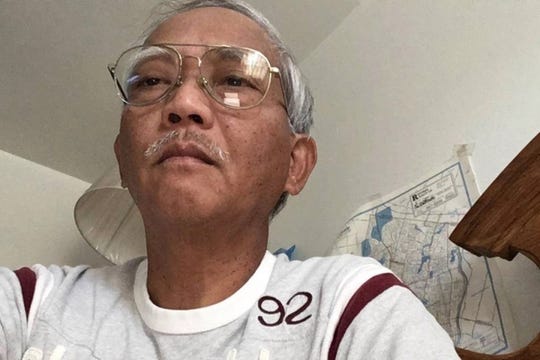 Of the 4,100-plus complaints that flooded OSHA offices, over two-thirds are now marked as “closed” in an OSHA database. Among them was a complaint that staffers handling dead bodies in a small room off the lobby of a Manhattan nursing home weren’t given appropriate protective gear.

It remains unclear how OSHA resolved hundreds of the complaints. A Department of Labor spokesperson said in an email that some are closed based on an exchange of information between the employer and OSHA, and advised reporters to file Freedom of Information Act requests for details on others.

“The Department is committed to protecting America’s workers during the pandemic,” the Labor Department said in a statement. “OSHA has standards in place to protect employees, and employers who fail to take appropriate steps to protect their employees may be violating them.”

The agency advised its inspectors on May 19 to place reports of fatalities and imminent danger as a top priority, with a special focus on health care settings. Since late March, OSHA has opened more than 250 investigations into fatalities at health care facilities, government records show. Most of those cases are ongoing.

According to the mid-March complaints against McLaren Flint, workers did not receive needed N95 masks and “are not allowed to bring them from home.” They also said patients with COVID-19 were kept throughout the hospital.

Filing complaints, though, did little for Liddell, or for his colleague, Patrick Cain, 52. After the complaints were filed, Cain, a registered nurse, was treating people still awaiting the results of COVID-19 diagnostic tests – potentially positive patients ? without an N95 respirator. He was also working outside a room where potential COVID-19 patients were undergoing treatments that research supported by the University of Nebraska has since shown can spread the virus widely in the air. 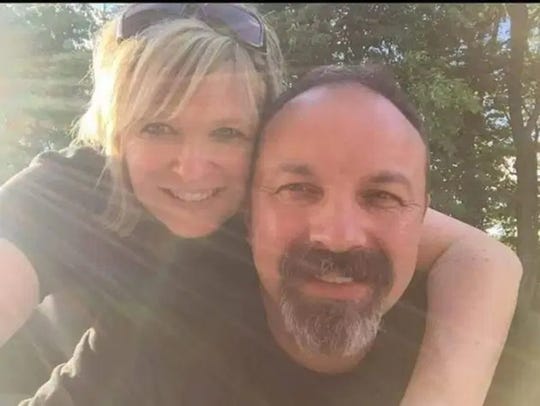 At the time, there was a debate over whether supply chain breakdowns of PPE and weakened CDC guidelines on protective gear were putting workers at risk.

Cain felt vulnerable working outside of rooms where COVID-19 patients were undergoing infection-spreading treatments, he wrote in a text to Indish on March 26.

“McLaren screwed us,” he wrote.

He fell ill in mid-March and died April 4.

McLaren has since revised its face-covering policy to provide N95s or controlled air-purifying respirators (CAPRs) to workers on the COVID-19 floor, union members said.

A spokesperson for the McLaren Health Care system said the OSHA complaints are “unsubstantiated” and that its protocols have consistently followed government guidelines. “We have always provided appropriate PPE and staff training that adheres to the evolving federal, state, and local PPE guidelines,” Brian Brown said in an email.

Separate from the closed complaints, OSHA investigations into Liddell and Cain’s deaths are ongoing, according to a spokesperson for the state’s Department of Labor and Economic Opportunity.

On March 18, nurses filed an initial complaint. They told OSHA they were given surgical masks, instead of N95s. Less than a week later, other complaints said staffers were forced to reuse those surgical masks and evaluate patients for COVID-19without wearing an N95 respirator.

Several nurses who cared for one patient who wasn’t initially suspected of having COVID-19 in mid-March wore no protective gear, according to Amy Arlund, a Kaiser Fresno nurse and board member of the National Nurses Organizing Committee board of directors. Sandra Oldfield, a 53-year-old RN, was among them.

Arlund said Oldfield had filed an internal complaint with management about inadequate PPE around that time. Arlund said the patient’s illness was difficult to pin down, so dozens of workers were exposed to him and 10 came down with COVID-19, including Oldfield. 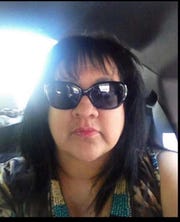 Lori Rodriguez, Oldfield’s sister, said Sandra was upset that the patient she cared for who ended up testing positive for COVID-19 hadn’t been screened earlier.

“I don’t want to see anyone else lose their life like my sister did,” she said. “It’s just not right.”

Wade Nogy, senior vice president and area manager of Kaiser Permanente Fresno, confirmed that Oldfield had exposure to a patient before COVID-19 was suspected. He said Kaiser Permanente “has years of experience managing highly infectious diseases, and we are safely treating patients who have been infected with this virus.”

Kaiser Permanente spokesperson Marc Brown said KP “responded to these complaints with information, documents and interviews that demonstrated we are in compliance with OSHA regulations to protect our employees.” He said the health system provides nurses and other staff “with the appropriate protective equipment.”

California OSHA officials said the initial complaints were accurate and the hospital was not in compliance with a state law requiring workers treating COVID-19 patients to have respirators. However, the officials said the requirement had been waived due to global shortages.

Kaiser Fresno is now in compliance, Cal/OSHA said in a statement, but the agency has ongoing investigations at the facility.

Arlund said tension around protective gear remains high at the hospital. On each shift, she said, nurses must justify their need for a respirator, face shield or hair cap. She expressed surprise that the OSHA complaints were considered “closed.”

“I’m very concerned to hear they are closing cases when I know they haven’t reached out to front-line nurses,” Arlund said. “We do not consider any of them closed.”