The University of Michigan on Thursday announced numerous changes to how it will address sexual misconduct including a ban on supervisors initiating romantic relationships with subordinates and creating a new department to investigate sexual assault and harassment whose director for the first time will report directly to the university president. 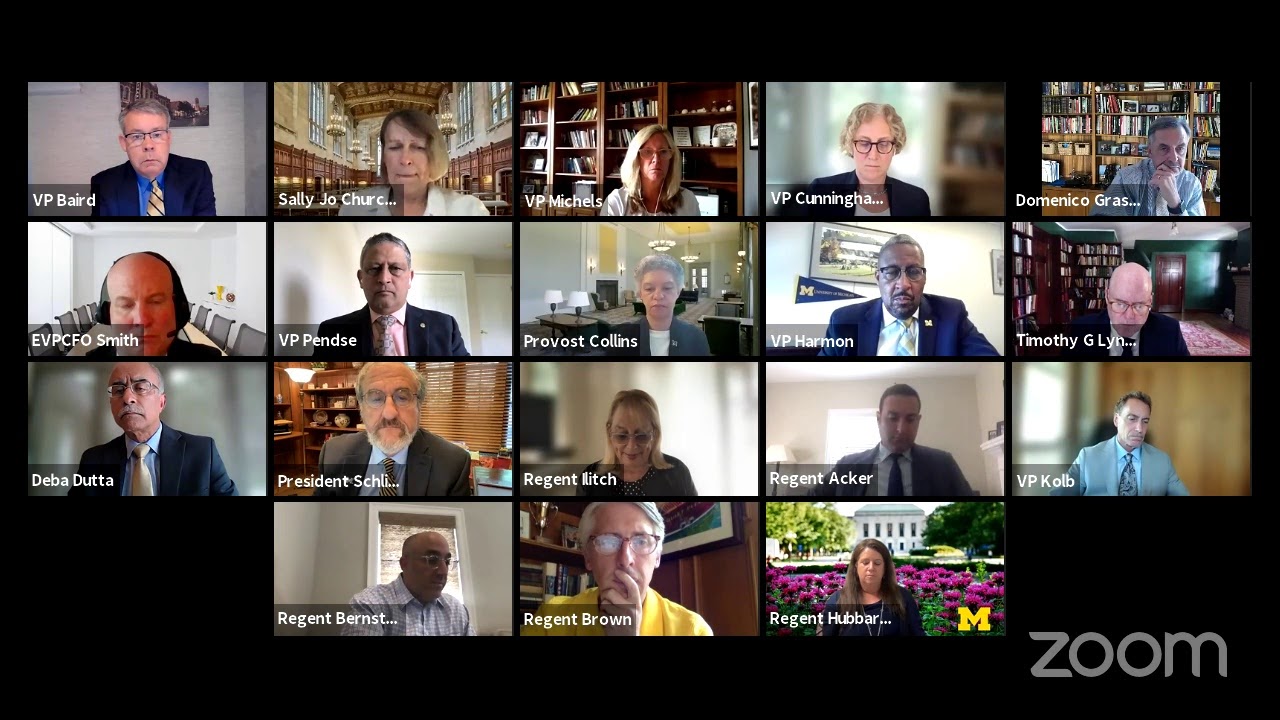 The new department will include up to 12 new employees in addition to 10 existing investigators and include "equity specialists." Reported victims of sexual misconduct and those accused of wrongdoing will each be assigned their own equity specialist who will serve as the primary point of contact and support.

There will also be staff dedicated to ensuring the university complies with any sanctions that result from an investigation, such as expulsion for students or termination for university employees. Staff will also be devoted to prevention and education in sexual misconduct, along with civil rights.

UM also said it will strengthen policies that prohibit retaliation for people who report sexual misconduct. The university also has begun a process with the UM community to develop shared community values to establish a code of ethical conduct.

The overhaul was unveiled Thursday during the Board of Regents meeting as part of what officials said is an effort to change the university's culture following numerous sexual misconduct scandals involving students and staff that shook the campus and eroded trust in university leaders.

President Mark Schlissel said the moves are aimed at restoring trust, which he said is critical now more than ever.

"What we are rolling out today is a mixture of policies and structures that are designed to promote a climate where people feel safe and people feel respected and they feel supported so people can do their research, their teaching or accomplish what they are interested in being part of our community," Schlissel told The Detroit News before the announcement.

"It really is to build trust … We have to be purposeful in building that back up again."

Jordan Acker, chair of the Board of Regents, said trust is needed so that everyone feels that UM is the best place to learn, study and do research.

"We don't have the level of trust we need to be successful," Acker said. "That is the foundational building block of our institution and we have to gain it back.

In recent years, scores of sexual misconduct accusations have emerged against former UM Provost Martin Philbert, the late Dr. Robert Anderson and others including Stephen Shipps and David Daniels, both former professors in the UM School of Music, Theatre & Dance.

UM in December hired Guidepost Solutions, an outside consulting firm, which solicited input from hundreds of people within the UM community. The work was also nuanced by recommendations made by the WilmerHale law firm following the investigations of Philbert and Anderson. Philbert's alleged sexual misconduct led to a $9.2 million settlement in November with eight women. The WilmerHale report does not estimate a potential number of Anderson victims but UM is in mediation with lawyers representing about 850 accusers.

Asha Muldro of Guidepost Solutions said that UM's new practices, procedures and approach will put the college "on a path to become a national leader."

UM officials said the work is part of their promise to change the university's culture, and hailed the changes as "sweeping" and  "transformative" in providing more campus prevention, education and support to those who file complaints.

Several UM officials spoke during the meeting and stressed the urgency of the work, including Regent Denise Ilitch.

"These are strong initiatives to get us on the right path to address the common themes we heard: A lack of accountability throughout the university and a fear of retaliation which leads to fear of reporting, a culture of silence and unquestioning and a siloing of information amongst schools," Ilitch said. "Sexual and gender-based misconduct remains dramatically underreported. Today’s actions begin us on a path to correct this problem, and establish a speak-up culture where people have trust and confidence in our systems to report sexual and gender-based misconduct."

Among the biggest changes is the elimination of the Office of Institutional Equity, which responds to complaints of sexual misconduct, among other issues. OIE is being replaced with a new office, the Equity, Civil Rights and Title IX Office. That office will house Title IX functions but also function to address other equity and civil rights issues such as the American Disabilities Act and other forms of discrimination.

The current OIE staff will become part of the new office, officials said.

The Regents approved Tamiko Strickman, who currently leads OIE, as special advisor to the president and executive director of the new Equity, Civil Rights and Title IX Office. She will now report to Schlissel, rather than Provost Susan Collins, and give regular updates to the regents. Her counterparts at UM-Flint and UM-Dearborn will also report to the chancellors at their campuses.

Strickman said the ECRT will “shift the focus from one of investigations to one that provides care and leads with support and prevention.”

Liz Abdnour, an attorney who has represented reported victims and those accused of sexual misconduct in the Title IX process at UM and other universities, said UM's plan closely mirrors the model implemented by Michigan State University several years ago.

She said she was shocked that UM had not already implemented a comprehensive prevention and outreach strategy.

Equity specialists "often create more confusion and bureaucracy for parties in investigations and they generally have little to no actual authority" and the lack of compliance staff, "suggests a deeply broken culture of enabling that is not likely fixable just by hiring more people," she said.

"Important steps that universities can take to truly move the needle on improving their response to sexual misconduct include hiring advisors to assist parties one on one through the entire investigation and adjudication process, increase transparency and timeliness of investigations, and employ investigators and adjudicators who understand the unique cultural needs of the college population, beyond simply being 'trauma informed' — which UM has not even defined.

"The plan as presented appears to be a marketing effort with very little substance, and it remains to be seen whether it will induce any transformation at UM."

UM has not said what the initiatives will cost or a timeline when all new positions would be hired, but officials said they would begin advertising for the positions this week.

Several people who said they were abused by Anderson spoke during the meeting, but did not address the changes that the university announced.

Tad DeLuca, the former UM wrestler who wrote letters to UM, one in 1975 to his wrestling coaches that did not prompt officials to stop Anderson, and another in 2018 that prompted university police to investigate, called on the board to engage Attorney General Dana Nessel to investigate so accusers know everything.

Chandra Montgomery Nicol told the board she was abused by the long-time doctor.

"Dr. Anderson's victims were not just men, not just athletes," she said. "It seems anyone could have been part of his depravity."

After the accusers spoke, Acker called them "brave" and thanked them.

He added that every board member likely wanted to say something, but the university is limited by what it can say during the confidential mediation process.

"I can and will say is that we are committed to being a campus free from sexual violence, abuse and harassment," Acker said. "We must do better."

• Revisions to UM's policy on emeritus status for retiring faculty members to include, for the first time, a process to revoke that status for misconduct or other certain other circumstances.

• Stronger background checks and scrutinization of candidates for board-approved appointments and outside hires.