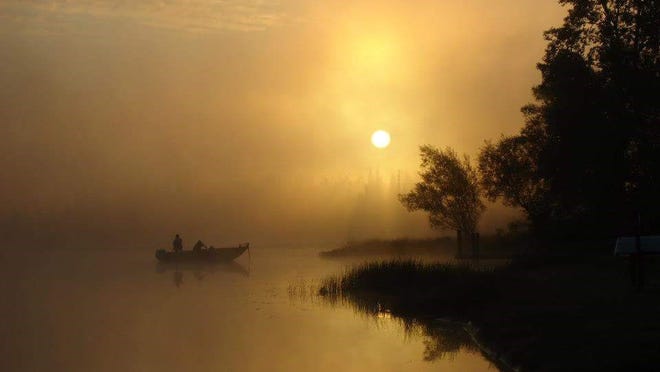 For example, behold “Orange Crush” by Richard Bagdasarian of Wixom. The photo of the furry orange creature is one of the first finalists named in The Detroit News’ Celebrate Michigan Photo Contest under the Woods and Wildlife theme.

“This rare and colorful giant silk moth was resting on a tree in Bloomfield Hills,” he said. “My daughter and her friend found it while they were playing near a soccer field.  It was larger than a monarch butterfly, and it had huge antennae! Luckily I had my macro-lens in the car, and was able to take this close-up photo right before it flew off.  Look at that orange fur!!”

This week’s other finalists are:

Enter your photos at https://apps.detroitnews.com/photocontest. The Woods and Wildlife contest theme continues through July 20.   Then two winners will be selected from the 16 finalists, one by the Detroit News photo staff, the other a People’s Choice winner selected by public voting July 25-29.

Both winners will receive a $300 Visa gift card as their prize.

At the close of the summer contest on Aug. 29, three more photos will be chosen from among all of the finalists to receive Awards of Excellence from the Detroit News photo staff. The prize for these photographers will be $100 Visa cards.

Study the official rules and follow along all summer at https://detroitnews.com/celebrate-michigan for weekly stories and a running photo gallery of the finalists and winners selected to date.

The contest is open to non-professional photographers age 18 and older. All photos must have been shot in Michigan by the person submitting them, with no significant alteration by a software program.