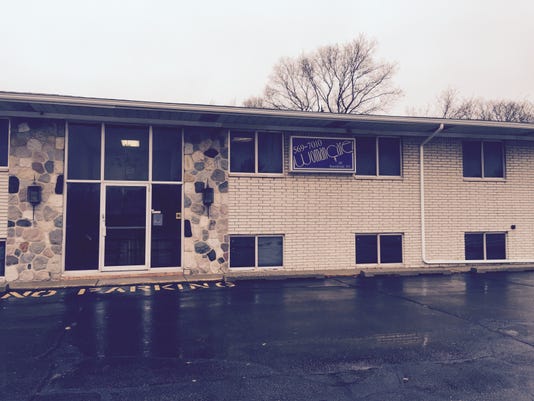 The center on Southfield Road is associated with Women’s Center of Michigan, which, according to its website, is a network of abortion clinics across Metro Detroit.(Photo: Detroit News)

The state has suspended the license of a Lathrup Village clinic where abortions are performed after authorities cited the facility for health code violations.

Anti-abortion activists also plan a news conference at the Women’s Center of Southfield on Tuesday to highlight practices there and call for a permanent closure as well as an investigation of affiliated sites.

The Michigan Department of Licensing and Regulatory Affairs ordered the license suspension for Womancare of Southfield, P.C. last month, noting among other issues a failure to maintain a sterile facility or have a qualified nurse present; no discussion of consent, risks or complications; and a failure to offer a patient an opportunity to view an active ultrasound image.

The findings stemmed from on-site reviews the department conducted in 2013 and this year as well as complaint from a patient whose abortion “resulted in immediate, emergency hospitalization and surgery,” according to the order. State documents show the woman suffered a perforated uterus during a second-trimester procedure in February.

She is expected to speak Tuesday during the news conference, said Lynn Mills, a lead investigator with Pro-Life Detroit, one of the groups participating.

“We need the innocent people out there to know ... there is a danger, there is a risk,” Mills said.

The center on Southfield Road is associated with Women’s Center of Michigan, which, according to its website, is a network of abortion clinics across Metro Detroit. Its director is listed as Dr. Jacob Kalo, a board certified ob/gyn.

Reached Monday night, Kalo referred questions to his attorney, who was not available.