Dental records confirm remains found Sunday in Detroit are those of Jacob Gasperoni, 27, missing since October 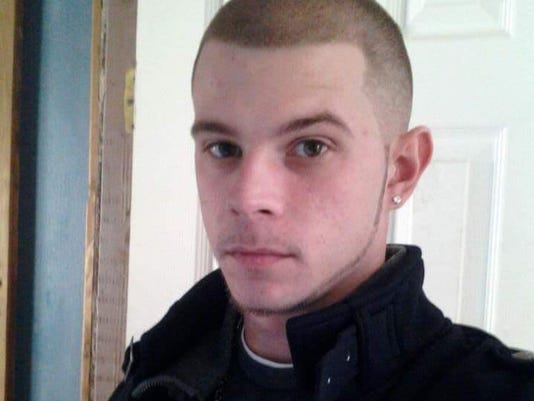 After their worst fears were realized Tuesday, Jacob Gasperoni’s family is seeking help to say goodbye and answers about what led to his death.

Dental records confirmed that the remains relatives found Sunday afternoon near Charleston and Winchester in Detroit belong to Gasperoni, 27, the Hazel Park man who had been missing since leaving for a bus on Eight Mile the week of Oct. 6, said his brother, Josh Gasperoni.

Police await autopsy results from the Wayne County Medical Examiner’s Office to determine a cause of death but are continuing to investigate, Officer Jennifer Moreno said Tuesday night.

Anyone with information is asked to call the Detroit Police Department Homicide unit at (313) 596-2260 or Crime Stoppers of Michigan at 1-800-SPEAK-UP.

Though his loved ones no longer have to wonder where the engaged father of three is, they now are on a quest for justice. They were told Gasperoni, who had battled drug issues, vanished after a fight with another man not far from where his body was found wrapped in a blanket.

Meanwhile, a GoFundMe page has been launched to help defray funeral costs. Donors have so far contributed about $500 of the $6,000 goal, which is also set to benefit his children.

“If you could open your hearts for Jake, I’m sure he will send warmth your way,” Josh Gasperoni wrote on the site. “Thank you for your time; this devastating event makes me realize that “time” is really all that matters. I hope it does for you too.”