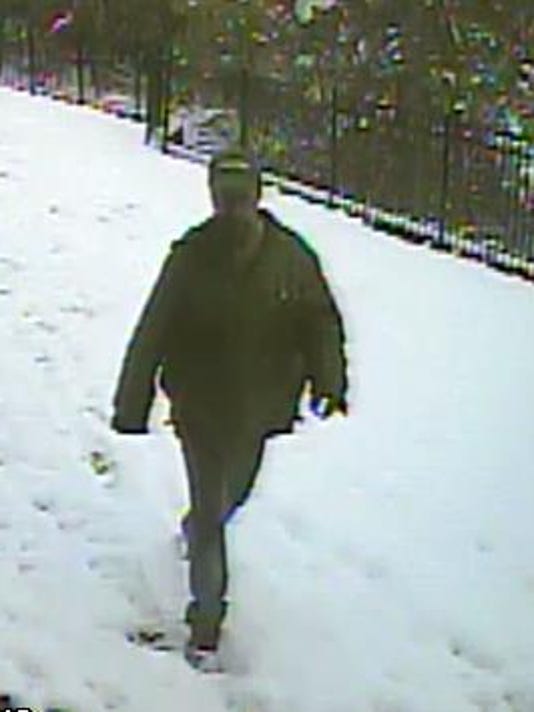 Police are on the lookout for a suspect involved in a number of breaking-and-enterings in late November.(Photo: Southfield Police Department)

Southfield — Police are on the lookout for a suspect involved in a number of breaking-and-enterings in late November.

According to police, the first incident occurred at about 8:15 a.m. Nov. 24 when two storage buildings were broken into at Divine Providence Church, located in the 25330 block of W. Nine Mile.

The padlocks on the buildings were pried open, allowing access to the buildings. The person making the complaint said they were unsure if anything had been stolen.

A surveillance video showed a dark-colored, older model Ford F-150 pickup leaving the scene. The truck has a metal toolbox in the bed and the front driver’s rim is darker than the rear rim.

At about 9 p.m. the same day, a larceny occurred at the Mix Factory Recording Studio located in the 27300 block of West Nine Mile.

Stolen items included an industrial dolly, lawnmower and power washer. Videos once again showed a dark, older Ford F-150 matching the description of the vehicle in the early break-in.

The truck was last seen driving southbound on Inkster Road.

Anyone with information is asked to call the Southfield Police Department at (248) 796-5500.