Beverly Hills — More than 1,000 students from public and private schools in Metro Detroit took part in the science Olympiad on Saturday in competitions that included flying model planes and solving problems as disease detectives.

About 46 teams of students took part in competitions showing off their STEM (Science, Technology, Engineering and Math) prowess during the annual Oakland County Science Olympiad.

The state’s top two teams go on to the national competition. The competitions have been held for more than 30 years in 50 states.

Wayne Wheatley, a science teacher at Detrit Country Day’s Middle School, said students study all year to prepare for the annual competition. Wheatly said the Science Olympiad is a great way to encourage students to get interested in science and math.

“We want to prepare for the future,” said Wheatley while registering students. “We’re building a trend here. We’re preparing them for jobs that don’t exist yet.” 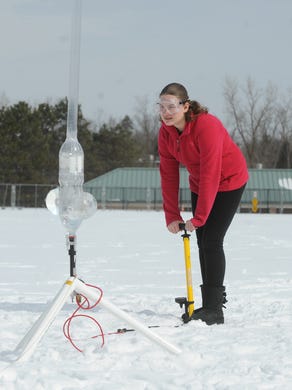 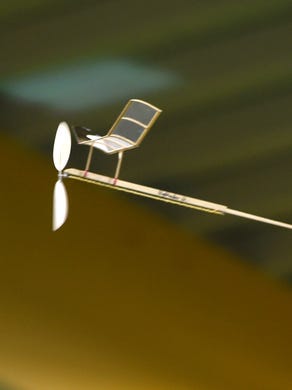 The teams are made up of 15 students and the team members must collaborate to solve problems and make presentations.

Hans Liu, an eighth-grader at Country Day, said his team took first place last year for an astronomy project on the solar system.

Liu is competing again this year. His competition involves meteorology.

“It’s very fun,” said Liu. “You get to get involved in different areas of science.”

Liu said science can be applied to everyday life — for example applying physics to the operation of automotive seat. He encourages students who might be intimidated by science to not be scared and “dive in.”

“Let them play (and) have fun with it,” said Charles Liu. “They will have an interest in getting into it.”

Annette Lozen, a member of the state’s and Macomb County Science Olympiad boards, said the competition “really fosters the interest in science.”

“It gives students an opportunity to delve into science and coursework outside the classroom coursework,” said Lozen.