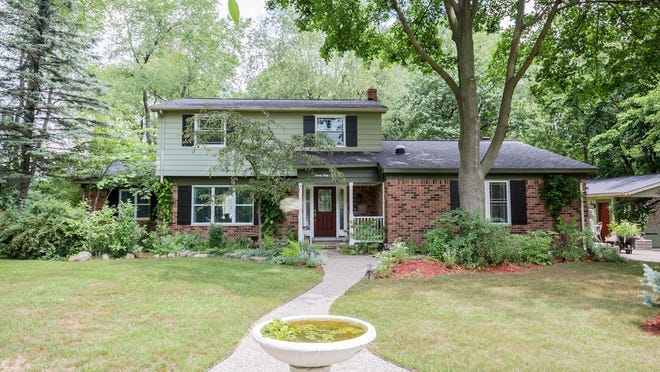 Rochester Hills — A home once lived in by a young Madonna that later was remodeled following arson was put on the market Thursday for nearly five times its previous sale price.

The two-story 2,700-square-foot colonial features five bedrooms, two bathrooms and a total of 14 rooms, according to the RE/MAX listing, which states it was built in 1969 and last remodeled in 2017.

The listing was not shy about touting the home’s claim to fame.

As Madonna Ciccone, the music icon spent some of her younger years as one of six siblings living in the house.

Associate broker Robert Kabbani said the current owners bought the home in 2012 for $91,000 and had to remodel the residence because of a 2008 fire that was attributed to arson.

“They bought it, and it was totally burned on the inside so they had to do a full remodel on the property. And the whole lot was a big mess as well,” Kabbani said. “It wasn’t as nice as it looks now.”

After the blaze, the home was boarded up after extensive smoke and fire damage throughout the home. Authorities believed the fire started in the living room.

Kabbani said he wasn’t sure how long Madonna lived in the home, but her parents owned the house until 2001. He said one man bought it off eBay and then sold it to another person who owned it until about 2008.

Erika Juhl, 60, and her husband Daniel Juhl, 58, currently own the house. Erika Juhl said she had no idea Madonna once lived there when she first looked at it.

“1.22 acres in the heart of Rochester Hills was very appealing to me, and I love to garden, and so the damage on the house didn’t deter us,” Juhl said. “It was more the land we were interested in.”

During the closing process, her brother-in-law mentioned that Madonna grew up in the area, so Juhl did what anyone would do. She Googled to find out where.

“I went online and typed in ‘Madonna’s childhood home,’ and lo and behold, there’s the picture of the house we just made the offer on,” Juhl said, laughing.

The Oakland County house is located on a cul-de-sac at 2036 Oklahoma, north of Walton Boulevard and east of Texas Avenue in the subdivision Hitchman’s Haven Estates.

According to the description, the home has hardwood floors, vaulted ceilings, a “dazzling kitchen” with custom oak cabinets, oak countertops and a porcelain farmhouse sink. An open family room leads to a screened in porch and covered patio.

The yard, landscaped with bridges, perennials and fruit trees, is “1.22 acres of heaven overlooking the fourth hole at Brookwood Golf Course,” the listing states.

“Obviously, the fact that it was Madonna’s home is a draw, but really it’s a beautiful property,” Kabbani said.

Kabbani said the home went on the market Thursday and he’s had more conversations with reporters than interested buyers so far.

Yet interested buyers beware: The home comes with daily visitors.

“Other than the blizzards in the winter, we literally every day of the week get at least one car coming by, stop and they’ll take pictures of the house,” Juhl said. “We’ve had people travel a 12-hour road trip, round-trip, just to come see the house and go home.”

The Juhls did give those visitors, two twentysomethings from Indianapolis, a tour inside. When her husband took them to see Madonna’s old bedroom, they started shrieking.

“They were touching the walls and saying, ‘Madonna slept here!’ It was quite funny,” Juhl said.

Juhl suspects the popstar herself visited the house on two occasions, though she can’t prove it. A few days after Madonna gave a concert in Michigan, a big black SUV parked out front for a minute and a half, then drove away.

“You couldn’t even see the driver, let alone any other passengers. It was so blacked out,” Juhl said. “When she enrolled her daughter in U of M, again that same week we saw a big huge blacked out SUV pulled out front. So we suspect it was her.”

The Juhls are moving to Washington state to be closer to family. Yet Erika Juhl has a suggestion for any interested takers.

“This would be a really great place for a bed and breakfast for somebody that wants to make a little money and live here in Madonna’s home,” she said. “You could go with a name like ‘Madonna’s Bed and Breakfast.’ ”

There will be a public open house for interested buyers 5-8 p.m. Saturday.

Madonna was born in Bay City in 1958. Her family later moved to Pontiac and Rochester Hills, where she attended Rochester Adams High School. She also attended the University of Michigan in Ann Arbor, where her 20-year-old daughter, Lourdes Ciccone Leon, is now an undergraduate student.

On Twitter, Madonna recently shared her love for Detroit. Amazon founder and Washington Post owner Jeff Bezos tweeted last week that he was looking for philanthropic ideas to financially support.

“@JeffBezos you, me, the motor city. Let’s go and I will show incredible opportunities for almost instant impact in one of the coolest cities in America #Detroit,” she wrote.