Miguel A. Ibarra Cerda is charged with reckless driving causing death and leaving the scene of fatal accident in the death of Justin Lee, 14. 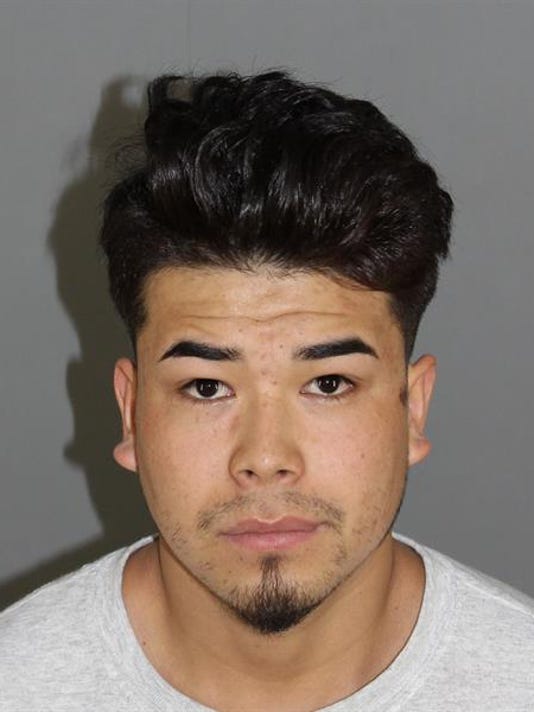 Novi — A 21-year-old Commerce Township man was charged Thursday in a hit-and-run crash that killed a 14-year-old Wixom boy who was riding a bicycle.

With the help of a Spanish-speaking interpreter, Miguel A. Ibarra Cerda was arraigned via video from the Oakland County Jail before 52-1 District Judge Travis Reeds in Novi. Cerda was charged with reckless driving causing death and leaving the scene of fatal accident in the death of Justin Lee.

Cerda, a Mexican national who worked as a server at a Burrito King restaurant, appeared concerned and frequently bowed his head or held his face in his hands, as an interpreter translated his rights as recited by Reeds.

Cerda's attorney, Alexander Hill, said: "We acknowledge a tragedy occurred but have no further comment at this time. We believe the grieving family has a right to privacy, and we respect their loss."

Reeds entered a not-guilty plea in his behalf. After hearing officers tell how they believe Ibarra was trying to go to Mexico, Reeds set a cash bond at $350,000. A preliminary examination was scheduled for June 27.

The charges both are felonies, punishable by 15 years in prison. Bond conditions include remaining in Michigan and surrendering his passport.

Police said Justin, a freshman at Walled Lake Western High School, was riding a friend’s bike on Potter Road near Flamingo Street on Monday night when witnesses said he was struck by a blue Honda Odyssey minivan that immediately sped away.

The minivan had been driven in excess of speed limits and was on the wrong side of the road when the crash occurred, knocking Lee into a ditch, Wixom police detective Brian Cheesbro told Reeds. The teen later was pronounced dead at an area hospital.

The suspect vehicle was later recovered at a Wixom mobile home park and its driver, Cerda, was identified through tips received after police viewed video recordings that showed Cerda leaving the area in a vehicle driven by another man.

“We held a press conference and that other man contacted us and said he knew where Cerda was,” said Wixom Police Chief Ronald Moore. “He (Cerda) had called the man and said he had been involved in a crash. He didn’t tell him anything more.

“The man didn’t commit any crimes and was stunned to hear of the death,” said Moore.

Cerda was arrested without incident in Lansing on Tuesday, less than 24 hours after the police press conference.

“We are so grateful to police for their quick work on this and making an arrest,” the victim’s mother, Pattie Warner-Lee, said outside the courtroom. “I had just made him something to eat after school and he was returning a friend’s bike to him when this happened a couple block from our house.

“I remember him kissing me on the head before leaving the house and telling me he loved me,” she said, her lips quivering. “He was a very kind person. The kind who is so funny he could pick you up when you were at your lowest.

"One younger boy came by the house crying after hearing of Justin's death," she said. "He told me how Justin had stood up for him when he was bullied on the school bus. He called my son his hero.”

She said Justin was proud to have been a “Warrior” and played on Walled Lake Western’s football team. Many of his teammates and schoolmates were among the 1,000-plus people who showed up for a vigil at the school on Wednesday night.

“His dreams were to go on to University of Michigan after high school to play football and study forensic science," Warner-Lee said. “I believe he would have done both."