'Little House' star Melissa Gilbert is having an estate sale

'Little House' star Melissa Gilbert is having an estate sale 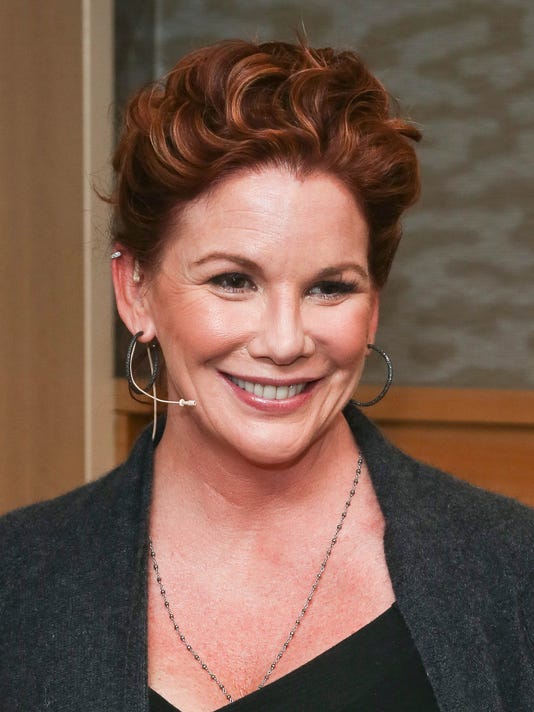 Melissa Gilbert, aka Laura Ingalls, aka Half-Pint, star of “Little House on the Prairie,” is holding an estate sale July 27 and 28.

She and her husband, actor-director Timothy Busfield, who starred on ABC’s “thirtysomething” in the 1980s, have relocated from Brighton to New York City. And they're leaving behind lots of "great stuff" according to the Poof! Estate Services Inc. website, which is handling the sale.

Fans of their shows and curious shoppers will not only be able to walk through the rooms in their 2,500 square-foot house they called home for three years but to possibly snag memorabilia from their shows.

“We have to see everything and research it so we can determine the value,” Ruby said. “We’ll have photos of the items, and if someone sees something they like, they  can contact us by email, phone or text. But we can’t save or reserve anything.” Their phone number is (248) 955-3082, and their email address is: contact@poofestateservices.com

It’s advised that shoppers show up early, because they’ll have to take a number. The address will be revealed on July 26.

“We’re going to be doing the Michigan method, which is called street numbers,” she said. “The first person to arrive will sit outside and hand out numbers to those who come after, and it is up to the customers to maintain that order.”

She added, “But we may end up doing things a little differently considering the expected crowd.”

Shuttle service, Ruby said, will hold about 15 to 30 people at a time.

According to the website, the sale will encompass an entire main floor, an upper level, a basement and a garage “filled to the brim with tons of great stuff.”

Everything, the site says, is in working order and in great condition.

Visitors are asked to obey all no parking signs and limit parking to one side of the street. Avoid parking in front of mailboxes and fire hydrants and no parking in the driveway.

But no worries. Shuttle service will be provided due to the long driveway.

Gilbert, 54, who also is a grandmother, tweeted about the estate sale at @megbusfield, writing: “We are starting over in NYC. Everything goes. Too much stuff weighing us down. We need to travel light! #timetoletgo #travelinglight #estatesale #poindexter #halfpint #onthemove.”

For those wondering what she’s doing now, other than living in New York City, and appearing in the Crepe Erase cream treatment for aging skin infomercial on television, she tweeted a picture of herself playing a violin saying: “For those of you who don’t have @instagram . Practice makes perfect fake fiddle playing for my new movie @WhenWeLastSpoke . Just call me Mawmaw. I gotta say, I look a lot like my Pa.”

She said she was heading to Georgia to film the movie.

The star of the 1974-83 television series,  who also competed in Season 14 of “Dancing With the Stars,” in 2012, and East Lansing native Busfield, 61, who also appeared in “West Wing,” began their life together in Michigan  after they were married in 2013. They first lived in Howell, where they rented a three-bedroom, 2,000 square-foot Victorian home built in 1890,  located two blocks  from downtown Howell. They moved to Brighton in 2015. While living in Michigan, she wrote a cookbook, “My Prairie Cookbook.”

In June of 2015, The Detroit News reported that the Internal Revenue Service accused her of failing to pay more than $360,000 in federal income taxes. At the time, Gilbert blamed the tax debt on a stalled acting career, the economy and divorce.

“Like so many people across the nation, the recession hit me hard,” she said in a statement to The News. “That, plus a divorce and a dearth of acting opportunities the last few years, created a perfect storm of financial difficulty for me.”

Her husband told The Detroit News at the time, “(The debt) has more to do with the housing crash and divorce in the past. It’s a product of what happened with the economy. It’s unfortunate and it’s been happening a lot. It’s not a big deal.”

Gilbert said she had negotiated a payment plan with the IRS.

In 2016, the actress ended her campaign for Congress in Michigan’s 8th District, citing health problems stemming from two accidents in 2012. The Democrat, running to unseat Republican U.S. Rep. Mike Bishop of Rochester, said at the time that she was dropping out on the advice of her doctors.