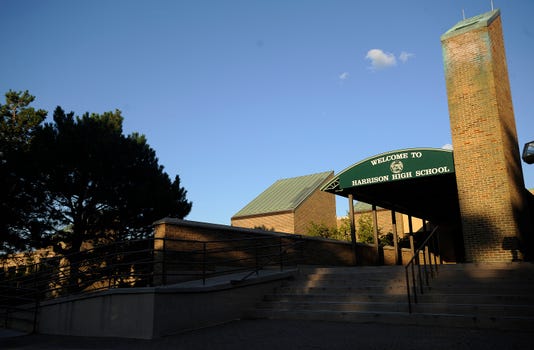 Farmington — A Harrison High School official is on paid leave after saying the high school’s cheer team looked like strippers at a pep rally performance.

Angela Leach, an assistant principal, apologized after last month’s comment and is under investigation by the school district.

Parents turned out Tuesday night at a school board meeting. Some said the comment reflects a pattern of mistreatment of black students, while others say the remark was just poorly chosen. The Oakland Press reports most of the cheerleaders are black and Leach is white.

Superintendent George Heitsch said in a letter to the community that the district “will take appropriate proactive and follow-up measures to prevent future instances of harmful comments.”

Jim Stark, president of Farmington Public School's Board of Education, submitted his resignation letter during Tuesday's meeting after serving on the board since July 2016.

In the letter, Stark stated that "it was with deep regret" that he submitted his resignation. Stark did not provide a reason amid the controversy.

Terri Weems was elected to serve as president and said she believed Stark's resignation was not related to Leach's remarks.

"It is my understanding that Mr. Stark's resignation was not related to a remark made by an administrator about the Harrison high school cheer team's performance," she said Wednesday.

"We have had two meetings since the remark was made, where we have received public comments pertaining to the incident. The board and district administration have listened to the concerns from the public. However, as the final determination of the investigation has not been reached, I cannot comment on the situation."

She said they havestarted the process to fill the board vacancy. Applications will be posted on the district’s website on Friday with a return deadline by Oct. 29.