State AG: More than a dozen people lost nearly everything they invested in program, while Beth Jaslove collected more than $1M from 2008-16 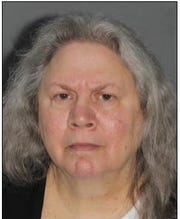 Beth Lisa Jaslove remains jailed after being charged with targeting clients and patients through her 'Community Money Program' between 1991 and 2017. (Photo: Ferguson, Bryan (AG))

A Birmingham woman has been charged in connection with a decades-long investment scheme that involved clients who sought self-improvement through her business, the Michigan Attorney General's Office announced Wednesday.

Investigators accuse Beth Lisa Jaslove, who ran the Center for Growth and Enlightenment, of targeting her therapy patients through a criminal operation known as the "Community Money Program," between 1991 and 2017.

"Through the program, CGE sold unlicensed securities to Jaslove’s patients and clients, promising fixed return rates between 2 and 8 percent," the Attorney General's Office said in a statement. "Jaslove allegedly promoted the scheme by convincing her patients and clients that investing in the program would aid in their personal growth and enlightenment."

More than a dozen people lost nearly everything they invested in the program, while Jaslove collected more than $1 million from 2008-16 alone, according to the release.

After a probe, the 67-year-old was arraigned this month at 48th District Court in Bloomfield Hills and charged with one count of conducting a criminal enterprise, a felony carrying a maximum sentence of up to 20 years in prison and $100,000, as well as 27 counts of larceny by false pretenses, prosecutors said.

"People shouldn’t have to worry about who they trusted with their investments,” Attorney General Dana Nessel said. “Today’s charges should send a clear message: Those who seek to defraud our state residents will be held accountable.”