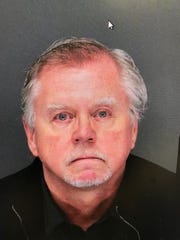 Correction: This story has been changed to reflect the alleged victim is male.

Clawson — The owner of a dance studio has been charged with sexually assaulting a student for two years, according to police.

Police accuse Keen of assaulting a male student of the dance studio in 2013 and 2014. At the time of first assault, he was 13 and the attacks took place in the studio and Keen's Birmingham home, officials said.

Police said the investigation is ongoing and detectives are aware of two other possible victims.

"We feel there are other victim’s out there that have not told anybody due to the fact that this suspect used his authoritative position to take advantage of his students, advising them not to tell anybody because his life would be over and telling them he loved them," Clawson Police Chief Scott Sarvello said in a statement. "We are notifying the public for safety reasons and would ask if anybody has additional information about this studio or if there are other victim’s to please come forward and call Det. Sgt. Kellie Bauss at (248) 655-4450."