Workers scrambled to pull man from vat of sulfuric acid

Workers scrambled to pull man from vat of sulfuric acid 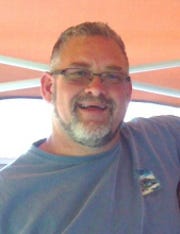 South Lyon — A 54-year-old worker died after he fell into a vat of sulfuric acid at a South Lyon-based steel manufacturing firm in what is being described as a "serious industrial accident."

Daniel Hill was fully submerged in the 10 percent to 12 percent sulfuric acid solution Saturday afternoon as his Michigan Seamless Tube co-workers worked desperately to pull him from the industrial container, burning themselves from the at least 160-degree chemical solution, Fire Chief Robert Vogel said.

"Other employees, co-workers saw him in the tank," Vogel said. "He was completely submerged and was 100 percent covered in burns. The gentleman was trying to get out. They ran and grabbed him and pulled him out."

South Lyon police responded to an emergency call at about 12:21 p.m. that day to the manufacturing facility at 400 McMunn St., Police Chief Chris Sovik said. The employees had put Hill under a safety shower, and medics then transported him to the University Hospital in Ann Arbor.

"He was speaking when we were there," Vogel said. "He was walking and talking. Unfortunately, he passed. It was pretty extreme burns."

South Lyon police responded to Michigan Seamless Tube, on the 400 block of McMunn, early Saturday afternoon, after a man fell into a tub of sulfuric acid. (Photo: Google)

It was unclear how Hill ended up in the vat and how long it was before he was rescued, he said.

The co-workers who assisted Hill sustained burns to their hands, Vogel said. Medics treated them at the scene.

Neighbors to Hill and his wife, Pamela, called the incident a tragedy. Stephen Kobylarz said the couple had moved from Whitmore Lake to a new house they built in South Lyon in July.

Hill, known as "Moose" among friends, is described as generous, a hard worker and a dog lover in his obituary. He previously served in the Army's motor pool.

Family and friends will gather from 2-8 p.m. Friday at Borek Jennings Funeral Home in Hamburg, and a community farewell is scheduled for 11 a.m. Saturday there. The United Steelworkers Local 1900 also has set up a GoFundMe for the family.

Mark Hommel, a Michigan Seamless spokesman who works in human resources, described Hill as "a valued employee" who was with the company since April 2017. He said the company is conducting a "comprehensive investigation" and is "cooperating fully" with the Michigan Occupational Health and Safety Administration investigation.

Pardeep Toor, public information officer for the Michigan Licensing and Regulatory Affairs Department, said in an emailed statement that MIOSHA's investigation of the incident has begun.

"MIOSHA cannot provide information on an open investigation," he said. "Typically, this type of investigation may take several weeks or months to complete."

Michigan Seamless Tube, one of South Lyon's largest employers, has had seven workplace safety violations since 2012, according to the U.S. Occupational Safety and Health Administration, with fines totaling $93,000.

The state of Michigan fined the company $17,500 for a repeated violation in August of not guarding or protecting six employees from "pinch points," places where people or body parts could be caught in a machine or between equipment.

Another serious violation related to the company's control of hazardous energy and also resulted in a $35,000 fine.

The final two serious violations included a $2,500 fine for not conducting annual inspections of energy control procedures. Regulators also determined 18 employees did not receive training on hazardous energy sources, resulting in another $2,500 fine.

In 2014, the state also found the company was not keeping storage areas free from accumulated materials that could cause a fire or explosion or harbor pests. The violation affected 12 employees, though no fine was issued.

Sovik, the police chief, also recalled in 2007 that police were dispatched to the company when an individual was hit with a heavy piece of machinery and died. His name was Kevin Wilson, an operator at the company, according to the United Steelworkers trade union.

The United Steelworkers could not be reached immediately for comment on Saturday's incident.