Major I-75 construction in Oakland County resumes next month

Major I-75 construction in Oakland County resumes next month 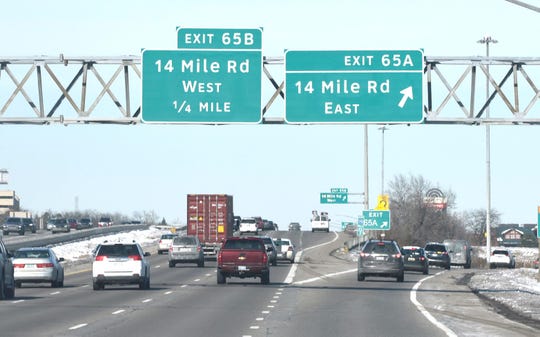 The continuation of a $944 million, multi-year rebuilding of Interstate 75 will resume next month. (Photo: Max Ortiz, The Detroit News)

Drivers who make the daily commute on the 8 ½-mile stretch of Interstate 75 north of 13 Mile to north of Coolidge Highway should brace themselves for a year of lane closures, traffic backups and possible alternative routes.

Beginning in early March, the continuation of a Michigan Department of Transportation $944 million, multi-year rebuilding of the highway will resume with a second phase of construction.

All northbound traffic on the stretch of I-75 running through Madison Heights and Troy will be rerouted to the southbound side of the freeway, with two lanes open in each direction, separated by a temporary concrete barrier. When the northbound section is completed, traffic will shift so the southbound stretch can be built.

Construction will last about a year.

There are no exits at 13 Mile or Coolidge Highway, but MDOT spokesman Rob Morosi said orange barrels will begin to funnel traffic down into the shift after the exits between 12 Mile to the south and Adams Road to the north.

Morosi said the project goes well beyond patching the cavernous potholes that temporarily shut down the highway during the sub-zero cold snap in early February.

“This is a full-scale rebuild of the freeway from the ground up,” Morosi said. He said the pavement is the original concrete poured in the 1970s.

Besides building the roadway, the current phase of the project will replace 18 bridges. Cost of this phase is $224 million.

"The opportunity is here now to reconstruct it," he said. "But this is going right through the heart of the city of Troy and will impact every major road because they're taking out the primary corridor."

The first phase of the project began in August 2016 and ended in September 2017 at a cost of $91 million. The project rebuilt nearly 3 ½ miles of highway and replaced six bridges, along with realigning the interchange at Square Lake. During that time, traffic also was rerouted onto one side with two-way traffic.

Morosi said the final phase of rebuilding I-75 between Eight Mile and 13 Mile does not yet have a start date. But it is expected to be completed in 2023 at a cost of $629 million, completing an 18-mile project.

Work on the I-75 project should not be slowed by the labor dispute that caused a lockout on highway projects last September, according to Operating Engineers Local 324 union spokesman Dan McKernan.

“Negotiations are ongoing and there is a short-term agreement in place with many contractors to carry us through the negotiating season," he said. "We anticipate a seamless transition into a new contract.”

Mike Nystrom, vice president of the Michigan Infrastructure and Transportation Association, which represents contractors, said, “The contractors are hopeful to get some resolution prior to the start of the construction season.”

Local businesses are bracing themselves for disruption.

Mobil Royal Fuel Mart owner Wissam Ammar sighs and shakes his head when he hears about the construction plans. His gas station is at the corner of 12 Mile and Campbell in Royal Oak, near the northbound 12 Mile exit.

“I think it’s going to be kind of bad for business,” said Ammar, who lives in Dearborn. “I must have customers in order to stay open for business.” He said motorists may look for alternative routes to avoid the construction.

“They may take side streets to get back on I-75,” he said. “A lot of my customers stop here before heading up north to get what they want because they only want to stop once and keep going. I don’t know what’s going to happen now.” 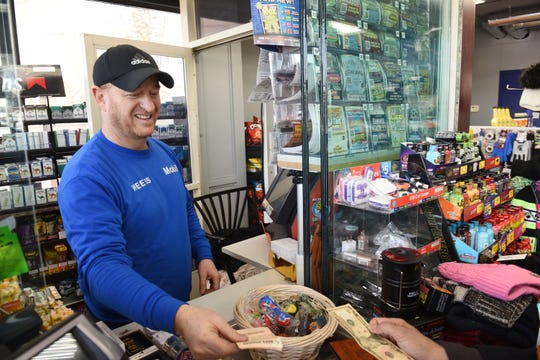 Wissam Ammar, owner of Mobil Royal Fuel Mart at the corner of 12 Mile and Campbell in Royal Oak, said he thinks the construction will be bad for business. (Photo: Max Ortiz, The Detroit News)

“It will be a little inconvenient, but I’ll manage to work around it and find better ways to get around,” she said. “I’ll leave earlier and do what I have to do.”

Customer Craig Thrushman of Royal Oak, said he often travels northbound on I-75 to get to Clarkston and farther north.

“I was just up north last week,” he said. “It’s going to slow us down, for sure, because I also have to use I-75 for business.”

Rob Robinson, who owns Mac’s Party Shoppe down the road just steps from the entrance back onto I-75, is hoping for the best.

“It shouldn’t affect us too much,” he said. “But if it does, I would hate to see my daily customers have to find a different route.”

He said he’s trying to remain positive about the possible impact on the business.

“If you have a place that has things you need and want, you will deal with the traffic to get there,” he said. “Some people may get a little angry, but it’s all good.”