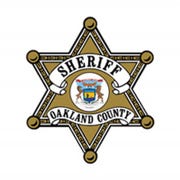 Independence Township — Oakland County sheriff's deputies are investigating the Thursday night hit-and-run of two people, one in a wheelchair.

Officials said the crash happened at about 10:30 p.m. on Clintonville Road north of Fay.

Employees from the Clarkston Specialty Healthcare Center were trying to help an 83-year-old man in a wheelchair out of the roadway and back into their facility when a vehicle traveling north on the road struck the elderly man and a worker. The driver didn't stop at the scene and continued traveling north, according to the sheriff's office.

Medics took the 83-year-old and the worker to a hospital. The elderly man is listed in critical condition and the 29-year-old employee is in stable condition, according to authorities.

Deputies said the suspected vehicle is a black Monte Carlo with some type of red writing on the front of the vehicle. The vehicle likely has damage to the front passenger side and possibly a faulty rear tail light.

Anyone with information about the incident or the vehicle should call the Oakland County Sheriff’s Office Tip line at 1-888-TURN-1-IN or Crime Stoppers at 1-800-SPEAK-UP.