Man charged in his mother's slaying in Troy

Uriah Lee Scott, 42, is charged with open murder of his mother, Cynthia Scott, 61

Man charged in his mother's slaying in Troy 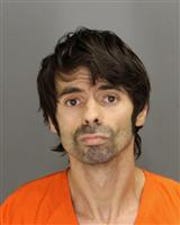 Troy — A 42-year-old Troy man has been charged in last week's slaying of his mother, police said.

Uriah Lee Scott was arraigned Saturday on an open murder charge in connection with the death of Cynthia Scott, 61, according to authorities.

A judge denied bond for Scott and he is being held at the Oakland County Jail.

Police were called Wednesday night to Cynthia Scott's home in the 2100 block of Shelley — north of East Maple, east of the Stephenson Highway — to conduct a welfare check. Her body was found partially in a closet and buried under some items.

Officials said they had arrested a male relative of the woman in Oak Park and they were questioning a second person, who lived in the home with the victim. That person was released without charges.

One of the victim's family members had asked for the welfare check because she hadn't been seen or heard from since last Monday, police said. They also said the results of an autopsy determined Cynthia Scott had been killed by blunt force trauma.

Investigators said Uriah Scott recently moved in with his mother but had been staying at a friend's house in Oak Park since last week.

This was Troy's first homicide of the year.