Marita Talley, who called 911 to report the fatal shooting of her boyfriend, has been convicted in his slaying 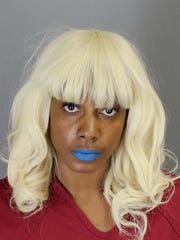 Pontiac – A Pontiac woman who called 911 to report the fatal shooting of her boyfriend has been convicted in his slaying.

The Oakland Press reports a jury this week returned the verdict in the first-degree premeditated murder case against Marita Talley, who shot William “Billy” Bell Jr. a total of 11 times in his Pontiac home. She faces a mandatory term of life in prison without parole when sentenced July 23.

Talley was arrested at the home. She testified during the trial, saying the May 2018 shooting was in self-defense after Bell lunged at her with his gun.

Authorities have said Talley’s criminal history included assault with a dangerous weapon, larceny in a building and assaulting a prison employee. She served time in prison and was discharged from parole in 2016.