L. Brooks Patterson laid to rest: 'A man you admired'

More than 1,000 family and friends of showed up Thursday to pay final respects for one of Michigan's most prominent and influential politicians

L. Brooks Patterson laid to rest: 'A man you admired'

Troy — More than 1,000 family and friends of longtime Oakland County Executive L. Brooks Patterson showed up Thursday to pay final respects for one of Michigan's most prominent and influential politicians.

Patterson's funeral at Woodside Bible Church, 6600 Rochester Road in Troy lasted more than two and a half hours and included long-time associates and relatives sharing heartfelt memories. Some called Patterson a mentor. Others, simply, "Papa."

Amanda Fraifogl puts her arm around her father David Plautz, a long-time neighbor of the late Oakland County Executive L. Brooks Patterson, during the visitation for Patterson at Woodside Bible Church in Troy on Thursday. Max Ortiz, The Detroit News
Fullscreen 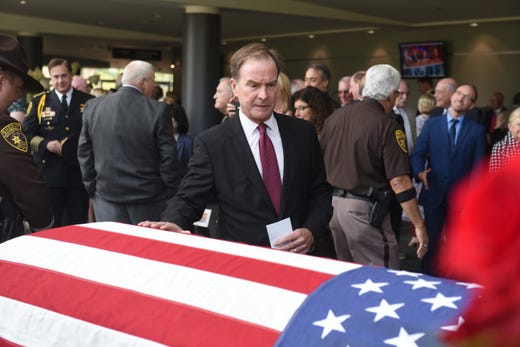 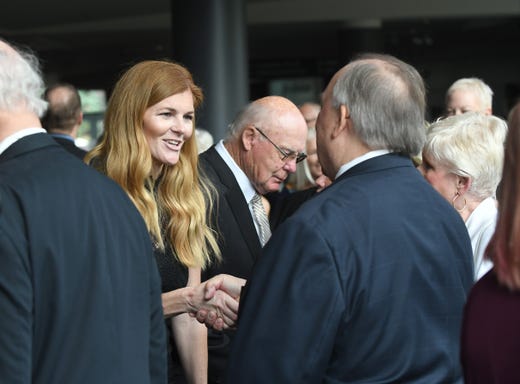 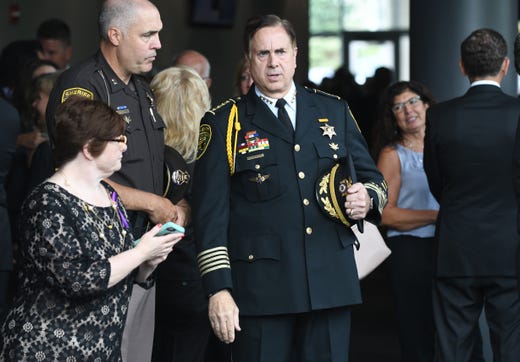 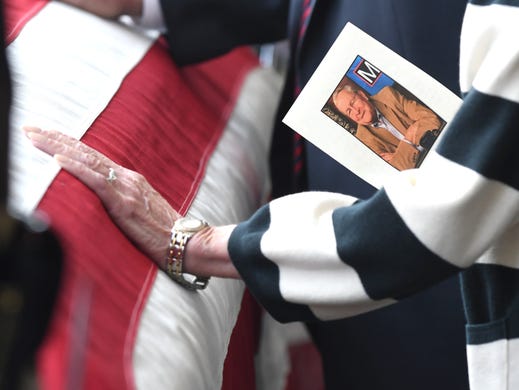 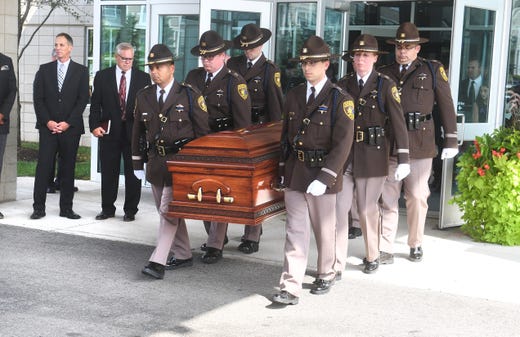 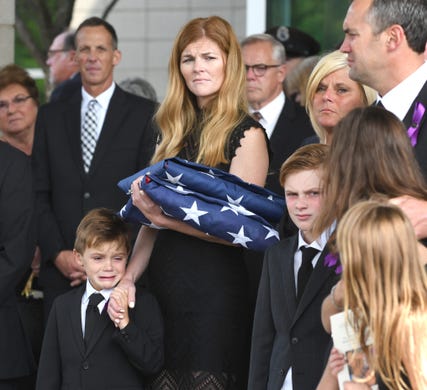 Patterson, 80, died Aug. 3 of pancreatic cancer. Those that knew him best spoke of his brilliance, his loyalty, inspiration and one of his greatest weapons: his wit.

More: Colleague remembers Patterson: 'He was a leader, but he was my friend'

More: Finley: With Brooks gone, GOP may be done in Oakland

"His motivation was to make the county a better place for everyone," said Poisson, who worked with Patterson for more than 38 years, first as one of his assistant prosecutors and later as his chief deputy county executive. 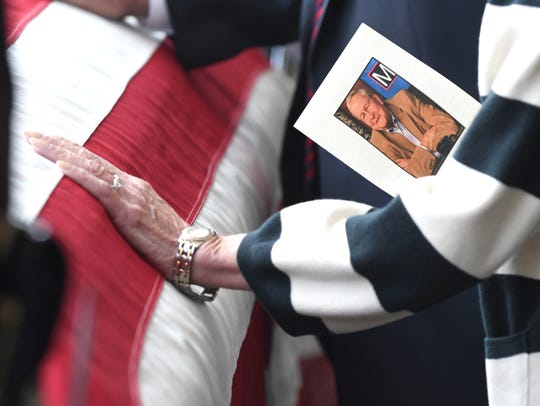 As the county's chief law enforcement officer for 16 years, Patterson "didn't want to just prosecute crimes, he wanted to hold people accountable." Patterson's no-plea-bargain stance earned him a reputation as tough on crime and many admirers and detractors.

Poisson said Patterson "wasn't a perfect man but a man you admired."

Another deputy county executive, Bertolini, reflected on Patterson having been a mentor and friend for 22 years.

"He was a great human being," he said. "Even in his last days in the office, he would ask 'how's the family?' or 'how's everything at work?'

"I will miss those times," said Bertolini, who then recited a poem he had written for the occasion.

Patterson was proud of his administration having a "thoughtful management versus crisis management" style, including three-year rolling budgets in anticipation of downturns in the economy. 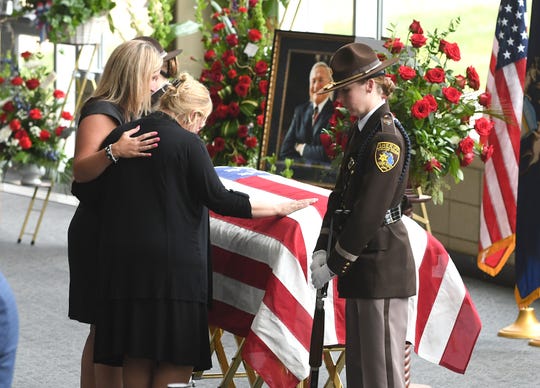 A video, "In His Own Words," was shown on large overhead screens in which Patterson extolled the benefits of living and working in Oakland County. It also depicted several charities of his creation, including a half marathon, the Brooksie Way, named after a son who died in a snowmobile accident, and a Casual Day in which county employees paid $1 to wear jeans, with funds distributed to worthy causes.

Several children and grandchildren took turns lovingly remembering the kindness of "Papa," as the affectionately referred to him. A son, Dr. Dayne Rogers, recalled Patterson helping him with his homework and also proudly watching him prosecute a murderer so effectively in court that a jury returned guilty verdicts within 10 minutes.

"One of his only requests for his funeral was to play 'My Way'," Rogers said of the Sinatra song. The request was honored.

Rogers said he could see chemotherapy treatments were taking a toll on his father and asked him to stop.

"He fought cancer so hard," he said. "He promised he would (stop) but he tried another time and we never got him back."

Recollections of daughter Mary Margaret Patterson Warner had both family members and acquaintances weeping and dabbing at their eyes with tissues as she recalled his final days, watching him slip away following his brave battle with cancer.

A few years earlier, Patterson survived a head-on car crash in which he had been given only a 3% survival estimate by doctors. He was initially in a wheelchair and through therapy and the aid of a walker, learned to walk again. But his cancer couldn't be overcome.

"He was brilliant. A visionary who made a world to benefit others," she said.

An honor guard escorted Patterson's closed, flag-covered casket out of the church, past floral displays and a bust of Patterson decorated with one of the purple "Kiss My Pancreass" T-shirts his staff made up to cheer him during a recovery that was never meant to be. Outside, a sendoff included a 21-gun salute, "Taps" and a helicopter flyover.

A folded flag was presented to the family by Oakland County Sheriff Michael Bouchard.

Burial was to be private.