Victim hospitalized with multiple injuries after being assaulted by a neighbor who said he wanted to watch someone die before killing himself.

Rochester Hills — In what sounds like a bloody scene from a horror film, a 90-year-old man is hospitalized with multiple injuries after apparently being assaulted by a neighbor who said he wanted to watch someone die before he killed himself.

Instead, the would-be killer apparently bled to death after breaking in through a basement window and attacking the elderly man. 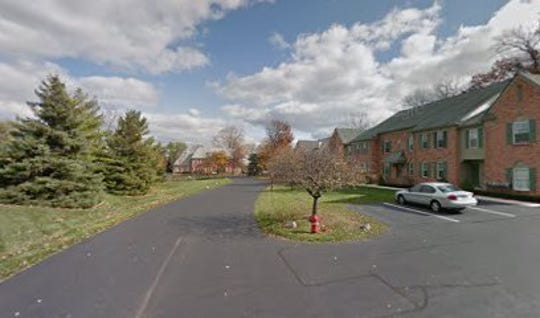 The attack happened in the 1600 block of Huntington Park in Rochester Hills. (Photo: Google)

The incident occurred about 2 a.m. Monday in an apartment in the 1600 block of Huntington Park, according to Oakland County Sheriff’s Maj. Robert Smith. Deputies had originally been called to a neighboring apartment about noon about a person who was reported missing, Smith said.

“Deputies were told there was a broken basement window with blood on it next to the missing man’s apartment,” Smith said. “They knocked on the door and could hear someone moaning for help inside.”

Deputies forced entry and found a deceased 44-year-old man lying in a hallway who turned out to be the missing person. In the master bedroom, they found the 90-year-old victim lying on the floor with multiple injuries. The victim told deputies he awoke about 2 a.m. to a loud noise and walked out in the hallway, where he was confronted by an intruder.

“He (victim) asked the man what he was doing and the man told him ‘I’m here for you’ and proceeded to attack him with a lamp, chair and scissors,” Smith said.

During the struggle, the victim said the younger man told him, "I want to see someone die before I kill myself.”

The 90-year-old said he played dead and the man stopped attacking him.

The 44-year-old man is believed to have cut an artery in his leg while crawling through a broken basement window, Smith said, and eventually died from loss of blood. A blood-stained trail led from the basement upstairs to the bedroom. An autopsy is scheduled to determine the exact cause of death.

The victim’s condition was listed as temporary serious, Smith said. The sheriff's office said the victim did not know his attacker.

The sheriff’s office was called Monday afternoon by the deceased man’s roommate, who wanted to report the man hadn’t been seen since around 2 a.m. The caller also reported seeing the broken window in the rear of the next-door apartment that morning.