MDOT: Wrong concrete mix used on portions of I-75 project

MDOT: Wrong concrete mix used on portions of I-75 project

Contractor paving crews will have to replace portions of the Interstate 75 modernization project in Oakland County after the wrong concrete mix was used, the Michigan Department of Transportation said Tuesday.

MDOT inspection teams discovered the error while inspecting the left two lanes of northbound I-75 from 13 1/2 Mile to 14 Mile and the exit ramp shoulders to Big Beaver and Rochester roads.

"This is inspectors doing their jobs," MDOT Metro Region Engineer Kimberly Avery said in a statement Tuesday. "The pavement designated for replacement is safe for drivers to use, but the long-term durability is compromised and the reason for our actions."

The concrete mix used was not adjusted to be poured during cold weather as opposed to the heat and humidity of the summer months, said Rob Morosi, a spokesman for MDOT. 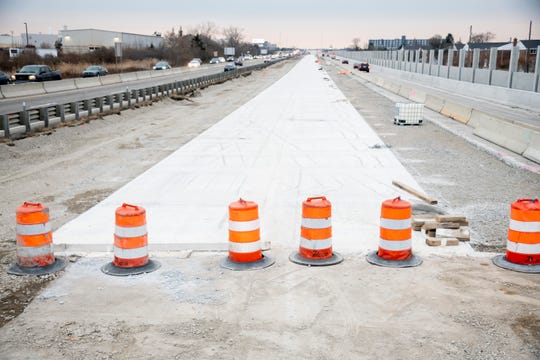 This is a view of a half-mile section of concrete pavement along northbound I-75 between 13 Mile and 14 Mile roads in Royal Oak on Tuesday, November 26, 2019. Construction crews recently discovered that the newly poured section of the freeway was mixed incorrectly and will need to be replaced in the spring. (Photo: David Guralnick, The Detroit News)

The contractor will pay for the error, which will cost about $500,000 for removal and replacement, Morosi said.

Contractor paving crews will replace the affected portions before all paving is completed in late 2020, MDOT said.

Contractor crews already removed and replaced this past weekend the shoulder on a portion of the Rochester Road ramp. Further replacement has been delayed until next year for the left lanes from 13 1/2 Mile to 14 Mile and the remainder of the ramp shoulder pavement.

Currently, there are two lanes open in each direction on the southbound side of the freeway. There is a temporary concrete barrier between 13 Mile and Coolidge Highway.

In 2020, motorists will travel in both directions of I-75 on the new northbound pavement so that crews can rebuild the southbound lanes between Coolidge Highway and 13 Mile. According to MDOT, engineers have determined the section is safe for travel during the winter months. 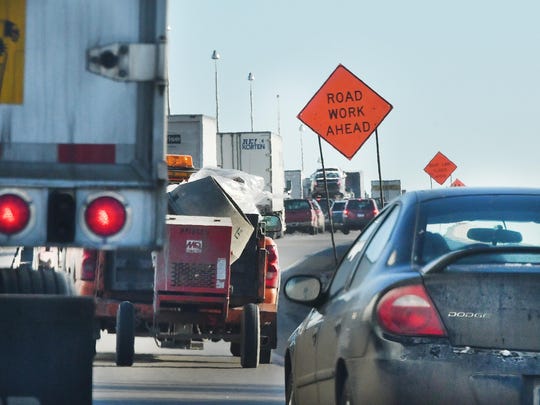 In 2020, motorists will travel in both directions of I-75 on the new northbound pavement so that crews can rebuild the southbound lanes between Coolidge Highway and 13 Mile. (Photo: Daniel Mears / The Detroit News)

"This direction is the equivalent to enforcing a warranty," Avery said. "This action does not add additional costs to the contract and protects the taxpayer investment in the future.”

The $224 million I-75 modernization project includes reconstructing more than eight miles of pavement in each direction between Coolidge Highway and 13 Mile as well as upgrading drainage, and the construction of an additional travel lane and noise walls.

Last year, a half-mile of freshly laid concrete on Interstate 696 was dug up after the material failed to meet quality standards as part of a $90 million reconstruction project in Macomb County.