ICE arrests in fake Michigan university sting now up to 250

The "University of Farmington" had no staff, no instructors, no curriculum and no classes but was utilized by undercover Homeland Security agents to identify people involved in immigration fraud

ICE arrests in fake Michigan university sting now up to 250

Ongoing arrests that began in February and continued in recent months have netted about 250 foreign-born students in a sting set up around a fake university created by federal agents in Farmington Hills, authorities say.

The "University of Farmington" had no staff, no instructors, no curriculum and no classes but was utilized by undercover Homeland Security agents to identify people involved in immigration fraud, according to federal grand jury indictments. 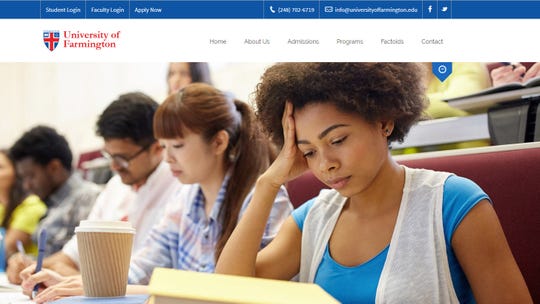 The undercover sting, dubbed "Operation Paper Chase," targeted an immigration fraud scheme that involved at least 600 people who collectively paid recruiters more than $250,000 to stay in the U.S., according to prosecutors.

Eight student recruiters were charged with participating in a conspiracy to help at least 600 foreign citizens stay in the U.S. illegally, according to the indictments, which describe an investigation that dates to 2015 but intensified one month into President Donald Trump's tenure as part of a broader crackdown on illegal immigration.

Of the 600 students involved, approximately 250 have been apprehended in a nationwide sweep on administrative charges, according to a spokesman for U.S. Immigration and Customs Enforcement.

Nearly 80% of those who were arrested were granted voluntary departure and left the United States, according to a statement from ICE. Of the remaining 20%, about half  received a final removal order.

"These students were initially admitted into the United States to attend a school certified by the Student and Exchange Visitor Program, but later transferred to the University of Farmington, which offered no academic or vocational programs of any kind," according to a statement from ICE. "Since the school did not offer courses or confer degrees, the enrollees were simply using the F-1 program as a pay-to-stay scheme."

Some of those were ordered removed from the United States by an immigration judge and others were given an expedited removal by U.S. Customs and Border Protection. The remaining half (10%) have either filed for some sort relief or are contesting their removals with the Executive Office for Immigration Review, ICE said.

Undercover schools provide a "unique perspective in understanding the ways in which students and recruiters try to exploit the nonimmigrant student visa system," ICE officials said.

"It provides DHS with first-hand evidence of fraud and enhances its understanding of the way in which exploitation networks develop to facilitate fraud. This, in turn, informs and improves DHS’s efforts to uncover fraud at schools where the students, and potentially school officials, seek to perpetuate violations either explicitly or through more subtle manipulation of the regulations."

Most of the recruiters and students involved are originally from India, according to prosecutors. Others were local like Najilaa Karim Musarsa, 29, who lived in Dearborn Heights before she was deported to the West Bank.

"They should not punish these people who were lured into a trap," said Rahul Reddy, a Houston-based attorney who represented or advised about 80 students arrested. "These people can't even defend themselves properly because they're not given the same rights in deportation proceedings."

More: How the feds pulled off the University of Farmington sting 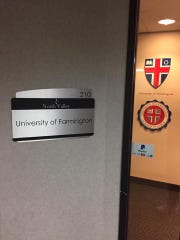 The entrance to the University of Farmington. (Photo: Matt Friedman)

Reddy said nearly all of the 200 students who were arrested are between the ages of 20-32 years old. He said they were lured to the university because it offered work permits to remain in the states.

"Most of them were voluntarily deported and others just left to their home countries, ...some people were related to the operation and had already moved on to ligament universities but got in trouble after this came out," Reddy said.

Reddy said he saw a similar case in 2016 where the University of Northern New Jersey was also a sting operation that led to the arrest of 21 federal agents who were brokers and recruited more than 1,000 international students, mostly from China and India.

"In that case, the students weren't punished or detained. They only went after the brokers and employers who tried to take advantage of these students," he said.

ICE said the eight individuals indicted have pleaded guilty for their roles in the scheme.

The University of Farmington first appeared in state business filings in November 2015 as an assumed name of another company, International Schools of Michigan.

The University of Farmington's headquarters was in this office building on Northwestern Highway north of Inkster Road in Farmington Hills. (Photo: Google Maps)

At the time, the company’s address was a UPS store in Novi at the intersection of Novi and 12 Mile.

In November 2015, the state Department of Licensing and Regulatory Affairs approved a request by the university to conduct business in Michigan. The request was granted after the state confirmed the University of Farmington had demonstrated plans to provide housing space, administration facilities, labs, a library and other teaching facilities.

The university, however, has none of those amenities and operated in a single office suite in the basement of a commercial complex in Farmington Hills.