On Sunday, David Molloy, chief of Novi police, said the woman is a suspect and is under arrest at the hospital

Novi — Neighbors say they are praying for a nearby family after a young boy died Friday in his home where his mother was also severely injured.

Novi police say the 2-year-old was pronounced dead Friday evening after his father came home from work to find his son and his wife with severe injuries and called police.

The Oakland County Medical Examiner told The Detroit News in an email Saturday that the boy's death was ruled a homicide, caused by an incised wound on the neck. No additional details were given.

Police say nobody else was involved in the incident. The 36-year-old wife remains at an area hospital. An investigation revealed she has a long history of mental health issues, police said in a statement. On Sunday, David Molloy, chief of Novi police, said the woman is a suspect. She is under arrest at the hospital, Molloy added. 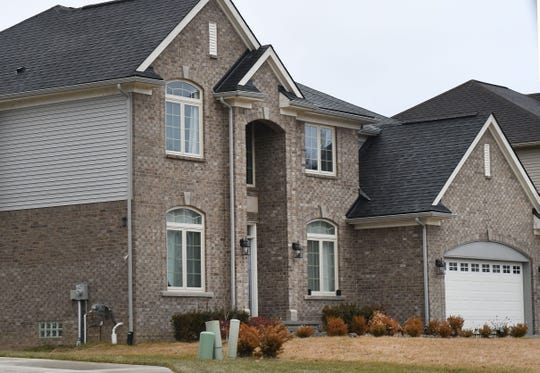 House on Sevilla Circle, where a toddler died and the mother severely injured in Novi. (Photo: Daniel Mears, The Detroit News)

Originally from China, the family has lived in the U.S. since 2014. The father has been cooperative and is not considered a suspect, police said.

This case remains under investigation by the Novi Police Department and members of the Michigan State Police Crime Laboratory. No cause of death or details of the circumstances have been released.

Nextdoor neighbors Dev and Amulya Ramannagari identified the boy as Mason, saying their 4-and 9-year-old children would frequently play with him outside.

“(The family) would bring toys for all the kids play together,” Amulya Ramannagari said. “Our kids never went into their home but they always played out on the lawn together. Even when (the family) would work on the lawn, gardening, their child always used to be outside and playing. We never thought anything was wrong.” 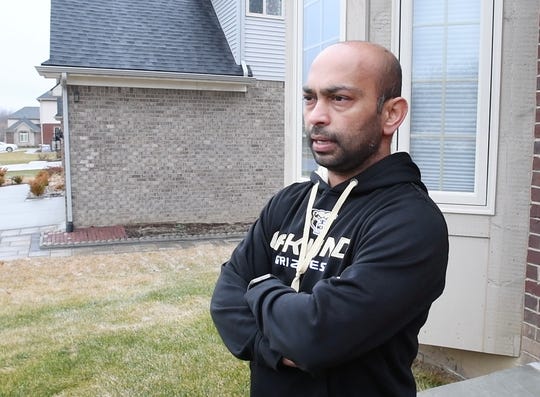 Neighbor Dev Ramannagari talks about the family on Sevilla Circle, where a toddler died and the mother was severely injured in Novi. (Photo: Daniel Mears, The Detroit News)

Amulya Ramannagari said the mother was always playful and kind when they would see each other on the weekends. She said they’re hoping for her recovery.

“We can still see the boy in our eyes,” Amulya Ramannagari said. “He was very sweet, always used to wave to us.”

“Probably one reason we didn’t know each other better is because maybe language barrier," Dev Ramannagari said. "She never looked like she had issues going on though. She was always active, doing something.”

Ramannagari said the mother was looking into real estate courses and pursuing interior decorating. He said the couple moved into the home less than two years ago.

Nobody was home at the condo in Savilla Circle, which looked like all the other condos on the street. The family were big gardeners, neighbors said, and in the first week of January, pink and white flowers remained alive through the cold weather.

Neighbor Ranadheer Gudupaty returned from work Friday around 6:30 p.m. saying he saw a commotion of police cars and ambulances.

“There were no specifics on what happened. It’s very troubling,” said Gudupaty, who has lived in the neighborhood for five years.

“They moved in about two years ago. These are all new-construction homes built in 2017 down this block.”

Gudupaty said he didn’t know the family well and met them during the summer.

“I saw the kid walking around with (the) grandmother regularly around the block and play with their neighbors,” he said. “I hope (the mother is) alright despite what has happened.”