Ferndale — A 34-year-old Ferndale man was charged Friday with arson inside a multi-unit townhouse under construction.

David Hayes is charged with one count of third-degree arson in a May 11 incident. Hayes was ordered held in lieu of $100,000 bond and a May 28 hearing on the charge, a felony that carries a sentence of up to 10 years in prison. 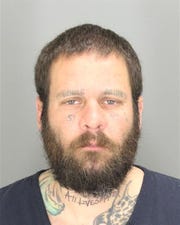 Sgt. Baron Brown said police responded to Parkdale Townes, a town home community being built in southwest Ferndale about 1 p.m. on May 11 on separate small fires that had apparently self-extinguished the night before. The damage was found by construction workers.

Hayes was arrested on May 13 Baron said. The motivation behind setting the fire is not known but police theorize Hayes, who at times has been homeless, may have been in the structure and attempting to stay warm.