A man has been charged with attacking a fellow baseball player with a bat during a post-game spat in Pontiac last week, the Oakland County Sheriff's Office announced Friday.

Deputies responding to a report of a large fight in Aaron Perry Park at about 7:30 p.m. Sunday found a 31-year-old man laying on the baseball field "bleeding heavily from a head wound," investigators said in a statement.

Witnesses told them he had been struck when members of two teams in an adult recreational baseball league who had just ended a game started arguing. 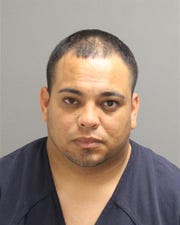 None of the witnesses could name the man who wielded the bat, and neither could the victim, who was rushed to McLaren Oakland Hospital, sheriff's officials said.

The 33-year-old was arraigned Friday in Pontiac's 50th District Court on one count of assault with intent to murder.