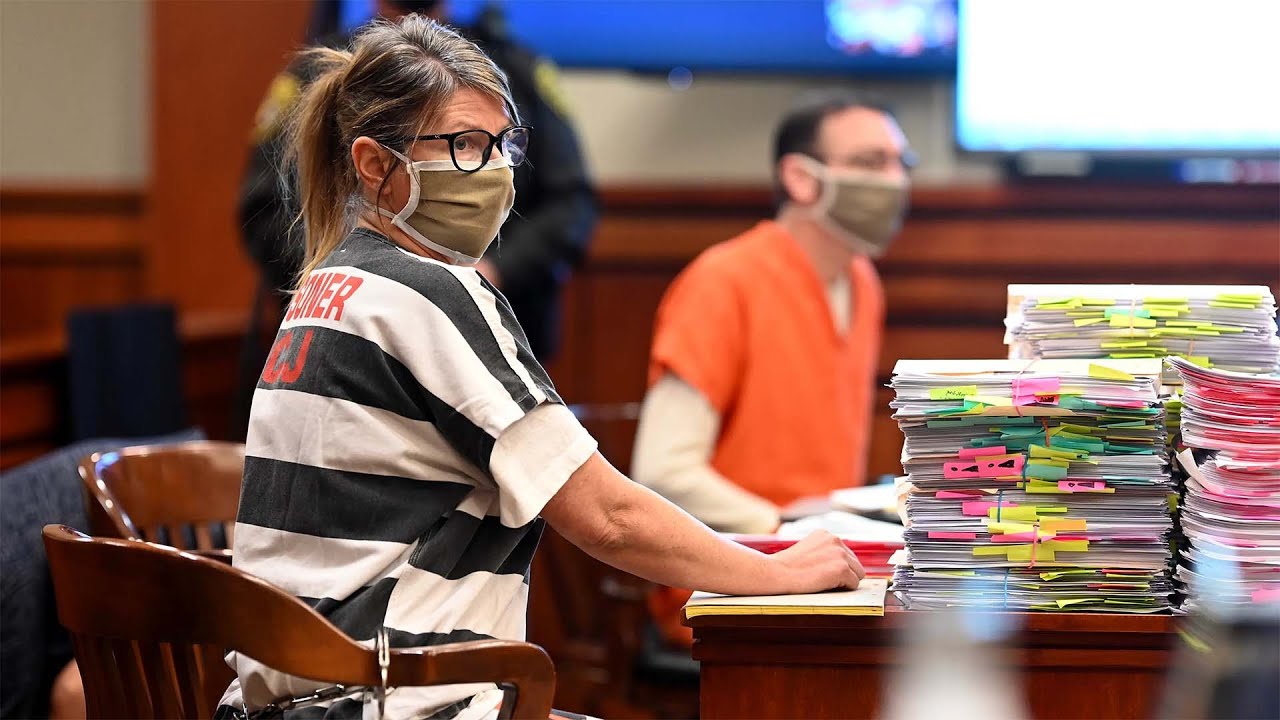 Rochester Hills District Judge Julie Nicholson issued the ruling for James and Jennifer Crumbley following a two-day preliminary examination with more than a half-dozen witnesses. The couple's 15-year-old son is accused of carrying out the shooting that killed four and injured six other students and a teacher.

“There was extensive testimony that Ethan Crumbley was a troubled young man,” Nicholson said. “And they purchased him a gun, which he did use.”

The case was likely to go to trial because legal experts said the prosecution had to meet a relatively low bar of evidence, only showing there was probable cause the offense was committed, and it's more likely than not that the Crumbleys committed it.

For a conviction for involuntary manslaughter at trial, by contrast, prosecutors will have to prove beyond a reasonable doubt that James and Jennifer Crumbley caused the deaths of the Oxford victims through their own gross negligence.

The couple faces four counts each for the slain victims — Hana St. Juliana, 14; Tate Myre, 16; Madisyn Baldwin, 17; and Justin Shilling, 17. Each felony charge is punishable by up to 15 years in prison.

“If they (James and Jennifer) had exercised reasonable care for their son, Hana, Tate, Madison, and Justin would still be here,” Oakland County Prosecutor Karen McDonald said.

Defense attorney Shannon Smith insisted that there was no way for the parents to predict that Ethan was going to commit a school shooting.

"James and Jennifer Crumbley did not know that a murder would be committed," she said.

Details of the journal were laid out in testimony from Oakland County Sheriff Department Lt. Timothy Willis.

“The first victim has to be a pretty girl with a future so she can suffer like me,” Willis said, citing writings from the notebook. Ethan wrote of his mental health issues, Willis said, and wrote that his parents refused to take him to a therapist.

A school counselor told the court that hours before the shooting a "sad" Ethan had confided that his family dog had died, he'd lost a grandparent, his friend moved away and the COVID-19 pandemic had been "tough for him."

Shawn Hopkins said he called Ethan down to the office to talk about the distressing drawing he allegedly made on a math paper that at one point depicted a gun and a dead body.

Hopkins said Ethan first told him he was drawing a video game, but Hopkins pressed him over a phrase also scribbled on the paper: "My life is useless."

"I wanted to ask 'what does that mean? This does not sound like a video game,'" he said. "His demeanor then changed. He became sad. He started to pause more in his speech."

Hopkins testified that he called the parents to the school on Nov. 30. When they arrived they "weren't friendly or showing care," he said.

Before the parents arrived, Hopkins said he tried to engage Ethan, inquiring about his plans after high school.

Ethan told him: “I know this looks bad, but I’m not going to do anything," Hopkins testified Thursday.

The school counselor stressed to the court that he'd "determined there was enough suicidal ideation that I called his home." But he did not believe the teen was "actively suicidal" nor did he believe Ethan was a threat.

Other testimony this month showed the parents spent about 15 minutes at the school on the morning of Nov. 30 before they departed, without their son, to return to their respective jobs. Ethan returned to class with the gun allegedly used in the killings inside his backpack. Hopkins testified Thursday that the backpack was not searched.

Defense attorneys pushed back Thursday on the prosecution's claims that the couple ignored warning signs of their son’s troubling behavior and asserted the pair was  unaware of multiple social media accounts depicting “guns and ghost-looking figures.”

Smith questioned Oakland County Sheriff's Office Detective Edward Wagrowski about text message exchanges and social media posts between the parents, with their son, and between the teen and a juvenile friend.

The teen, via text messages with his friend, talked about "not getting caught" for his actions, including allegedly torturing a family of birds and beheading at least one of them.

Smith established that Ethan had at least two social media accounts his parents didn't follow and might not have been aware of and further questioned Wagrowski over an Instagram video depicting Ethan holding a gun.

“You can’t tell if parents were there, if friends were there, or if Ethan was alone, correct?” Smith said. Wagrowski agreed.

Smith pointed to a Facebook message exchange on Nov. 30 from Jennifer to James after she was alerted of Ethan's alleged drawings. “CALL NOW,” she wrote.

Prosecutors,  however, argued Crumbley's parents were distracted and unconcerned as their son's behavior spiraled. But Smith sought to challenge that, citing the year-plus string of text messages, noting "in the grand scheme of things, they (James and Jennifer) discuss their son frequently."

“If there were texts indicating they were concerned their son would become homicidal, that would’ve been included" in the texts submitted by police, Smith added.

Earlier this month, the prosecutor's office presented witnesses who testified that the couple knew their son was lonely and troubled leading up to the shooting and the morning it transpired.

Prosecutors portrayed the pair as more concerned with their jobs, marital issues and the care of two horses they owned at a Metamora ranch.

Marc Keast, an assistant Oakland County prosecutor, noted Thursday that Ethan had texted his friend about his home life and mental health. In one message, Ethan writes “everybody makes me feel like I’m the problem."

“It’s like I’m asking to go to the doctor,” Ethan texted. “Then seeing my mom laugh when I told her.”

Wagrowski testified that Ethan and a friend were “playing a lot of video games” at “all hours of the night.”

Keast cited a text from Ethan when he said he only got 17 hours of sleep in five days.

He also talked about trying to bring things up to his parents. Including on April 5, 2021, Keast said, when his mom suggested that he was “so mad and sad all the time because I take drugs," Ethan wrote to his friend and said his mother “doesn’t worry about my mental health.”

"My mom makes everyone feel like a piece of s---," Ethan wrote. "I actually asked my dad to take me to the doctor yesterday, but he just gave me some pills and told me to 'suck it up.'"

Ethan Crumbley is charged with 24 felony counts including first-degree murder and terrorism in the mass shooting.

Prosecutors said James and Jennifer Crumbley failed to properly secure the gun purchased for their son as a Christmas present.

Thursday afternoon prosecutors played video footage of the teen and his mother visiting a firing range three days prior to the shooting.

Hopkins, the school's counselor, testified Thursday that he had no knowledge of Ethan's home life or his allegedly unanswered pleas for mental health care. He also was unaware of the gun.

Jennifer Crumbley playfully admonished her son for being called to the school office the day before the shooting, according to earlier testimony, after he was caught in class searching for bullets on his cellphone.

Attorneys for the couple have argued that James and Jennifer Crumbley believed that the weapon was secured in a bedroom.

James Crumbley also placed a frantic call to 911 after he'd heard of the shooting at the school and realized the gun was missing.

Ethan Crumbley has pleaded not guilty and his defense team provided notice to the circuit court of plans to assert an insanity defense. If convicted, he faces life in prison.