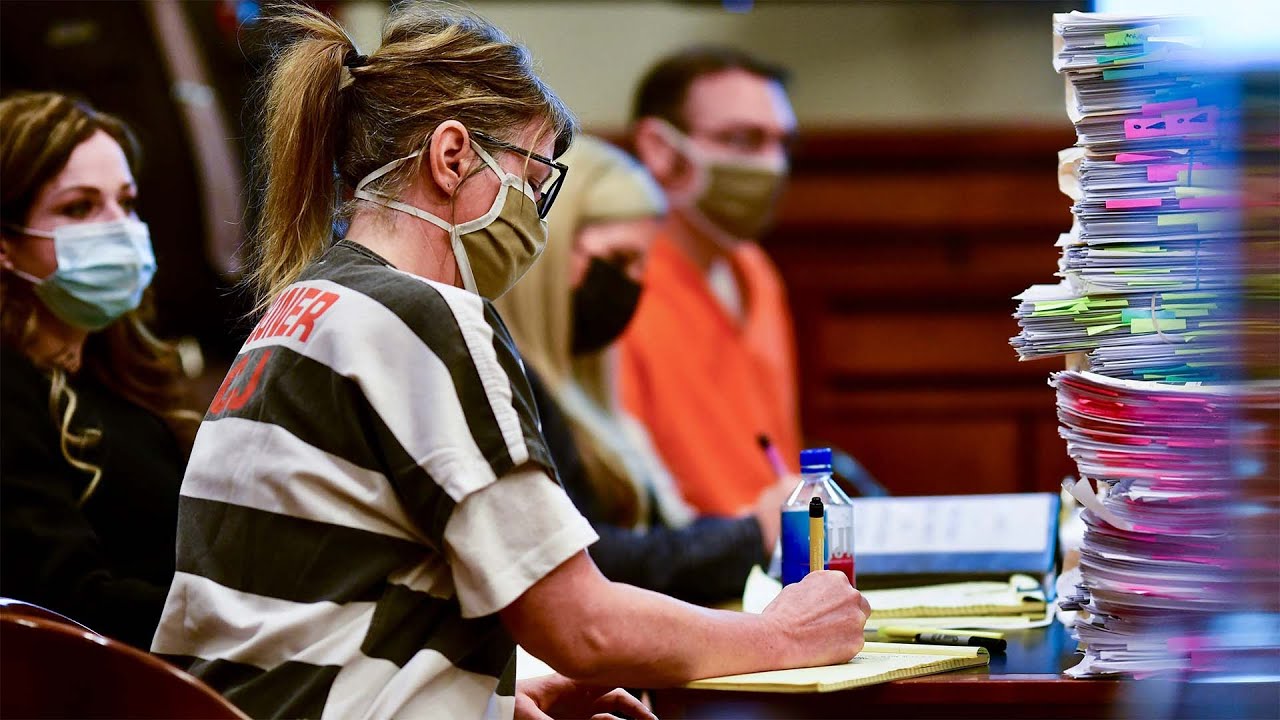 Pontiac — The parents of the teenager charged in the Oxford High School mass shooting will each have independent attorneys appointed to help make sure that having attorneys from the same law firm does not provide a potential appeal if they are convicted.

Jennifer and James Crumbley are currently represented, respectively, by Shannon Smith and Mariell Lehman, who both work in the same law office and took turns at district court hearings questioning witnesses on behalf of their clients.

The Oakland County Prosecutor’s Office said while the parents have said they had no problems with the arrangement, it could conceivably pose a potential conflict at trial regarding individual guilt or innocence for crimes.

Oakland Circuit Judge Cheryl Matthews said in a hearing Tuesday that she wants both parents to meet with appointed attorneys individually and without their current counsel sometime in the next two weeks to understand potential conflicts of interests that could occur due to their current representation.

The current arrangement could present "a myriad" of problems, Matthews noted. Chief among them would be if either defendant is convicted and files appeals based on the impartiality of attorneys.

Matthews said she is appointing independent counsel for each defendant “for the limited purpose of counseling on conflict of interest.”

Oakland County Prosecutor Karen McDonald filed a "joint representation protection" motion in the case last week requesting both parents be advised that once convicted there will be no "do-over" in the cases. Matthews said while a hearing on that is still pending, she will take it under advisement.

James and Jennifer Crumbley are each charged with four counts of involuntary manslaughter in the deaths of four students in the shooting and have pleaded not guilty.

The charges have drawn international attention because they link the parents with the alleged violent behavior of their son, Ethan Crumbley, who is charged with first-degree murder in the deaths and other offenses in the wounding of six other students and a teacher.

Prosecutor to Crumbleys:Having lawyers from same firm won't be basis for appeal

More:Marijuana operation uncovered by police in basement of Crumbley home

At the Tuesday morning hearing, James Crumbley, in orange jail garb, was escorted in by deputies and seated next to defense attorney Mariell Lehman. Jennifer wore black-and-white striped clothing.

Her defense attorney, Shannon Smith, was not present due to illness, Lehman told the judge.

"Court is cognizant of defendant’s Sixth Amendment rights to counsel of their choice," Matthews said. "But is also committed to ensuring a zealous defense. ...The court must inquire into a conflict of interest.”

Trial protocol calls for lawyers and their clients to state, on the record in court, they understand and are comfortable with their arrangement and waive any conflict. Matthews indicated she will not only ask that be followed but also have defendants sign waivers.

"Joint representation from attorneys from the same law firm is uncommon," Matthews said, citing state law and court rules. "There is great concern of a conflict of interest.”

“These concerns need to be addressed in the short term and the long term.”

“I hope the Crumbleys understand the purpose of the independent counsel," Matthews told the defendants. "I’m concerned that at some point, something could happen to cause a conflict that would damage your position, Mr. Crumbley, or your position, Mrs. Crumbley. I’m here to protect your rights.”

“I’m trying to avoid your rights being implicated in a negative way, but also having to go backwards in this case," the judge said. "If there is a conflict in the middle of the trial, that could cause a mistrial.”

McDonald told reporters in an outside hallway that Matthews has granted a "no-notoriety" legal motion from her office to avoid using Ethan Crumbley's name in the parents' cases.

She cited the teenager's desire for "fan mail," his journal and "statistics" that indicate school shooters choose schools for notoriety.

"School shooters don't just happen for no reason and we know why it happened in this case," McDonald said. "We believe the defendants, his parents, are culpable. But what we also know is that the repeated coverage with the shooter's name and image, it sensationalizes that and it actually encourages and increases the risk of a future school shooter, and we just don't want that."

When asked if calling the teenager "the shooter" when he has not yet been convicted of a crime, McDonald told reporters: "That's a good point. We want to make sure everybody gets a fair trial."

The “no-notoriety” request from the prosecutors office was apparently not contested by defense attorneys, so Matthews dispensed with oral arguments, according to court records. In her March 21 order granting the request, Matthews wrote: “There is some precedent but no legal authority for the mandatory exclusion of the shooter’s name. However, calling the shooter by name does not appear to be relevant to these proceedings and prohibiting its use does not appear to prejudice the defense in any way.”

McDonald has previously stressed both parents knew but did nothing about their 15-year-old son’s emotional problems. Instead, prosecutors say the parents purchased Ethan Crumbley a 9-millimeter semi-automatic handgun as an early Christmas gift less than a week before the shooting and took him to a gun range to practice with the firearm.

Both parents were called to the school on the morning of Nov. 30 for a conference with officials because of concerns about Ethan. He was seen searching the internet on his phone for ammunition while in school, and scrawled disturbing words and violent drawings on his math homework.

Presented with the information in the school conference, the parents refused to take their son home and to arrange his mental health counseling, explaining both had to go to their jobs. The mother worked for a real estate company and the father was a Door Dash driver.

Ethan was permitted to return to class with his backpack which authorities said contained the handgun used in the shooting and a journal which detailed his plans for shooting students at the school. Investigators have found texts in which the son complained to a friend that he had told his parents of hearing voices and believed their house was haunted by a demon. He said when he told his parents he needed counseling, his father told him to “suck it up” and his mother laughed at him, thinking he was taking drugs.

The Crumbleys’ attorneys have said neither parent had any knowledge of their son’s plans and had told school officials they would seek counseling for him later when they were free from work responsibilities. Neither mentioned they had recently purchased a handgun for their son.

When hearing of the shooting, James Crumbley rushed home and found the handgun and ammunition were missing and called police.

Jennifer Crumbley frantically called and texted her son “Ethan don’t do it” when she heard of the shooting.

Ethan surrendered to police at the school without further incident. He was jailed without bond and faces up to life in prison on conviction. His trial date has not been set.

Both parents are held in the Oakland County Jail in lieu of $500,000 bond each. Both have been described as flight risks after failing to turn themselves into authorities when initially named in arrest warrants, as promised by their attorneys. Instead they withdrew funds – including their son’s savings – from a bank and made arrangements to stay at a friend’s apartment in Detroit where authorities were tipped to their whereabouts.

Both parents later said they felt unsafe in Oxford due to threats.