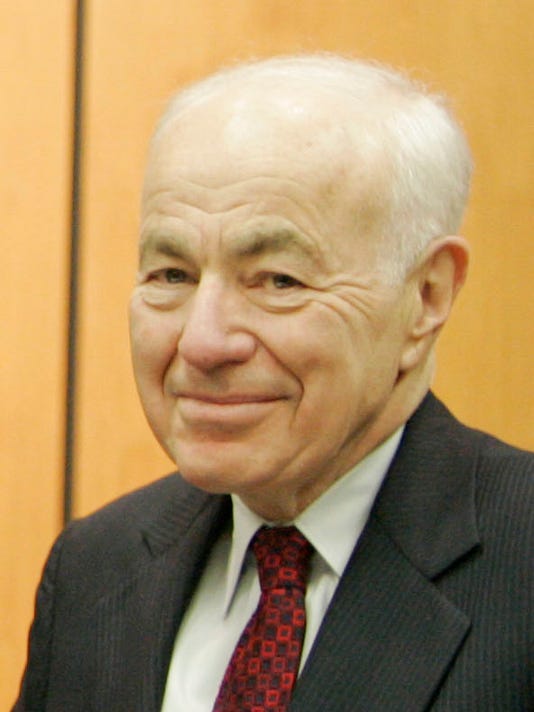 And in a stark reversal, the bond insurer's legal team filed a four-page apology Monday to Chief U.S. District Judge Gerald Rosen, mediator Eugene Driker — mediators who had been accused of engineering a "fraudulent" plan to rescue city pensioners and preserve city-owned art at the expense of other creditors — and Driker's wife.

"We are deeply sorry for the mistake we made and for any unfounded aspersions it may have cast on Chief Judge Rosen and the Drikers," Syncora lawyer James Sprayregen wrote.

After striking a deal with Detroit last week, Syncora indicated it wanted UBS AG and Bank of America to drop an insurance claim against the company on the banking giants' losses in a troubled pension-related debt deal.

In their own settlement with Detroit, UBS and Bank of America are getting $85 million on interest rate swaps worth $290 million. Syncora could be on the hook for the remainder.

Syncora also wanted certain city bondholders and retirees to forgo the possibility of getting a better recovery as part of the deal. The city's latest debt-cutting plan called for giving millions more to two retiree health insurance trust funds if Detroit were successful in eliminating $1.4 billion in pension debt that Syncora and Financial Guaranty Insurance Co. insured.

Syncora's legal team will reveal details of the settlement at 8:30 a.m. Monday when the city's last major holdout creditors will ask U.S. Bankruptcy Judge Steven Rhodes for a one-week delay in the city's bankruptcy trial to adjust their litigation plans.

Lawyers for Financial Guaranty Insurance Co. and other creditors on Sunday asked U.S. Bankruptcy Judge Steven Rhodes for "at least" one week "so the creditors may identify and prepare new expert testimony."

Rhodes could decide Monday morning whether to grant the additional delay.

Detroit's bankruptcy trial was set to resume Monday following a three-day break and marathon weekend negotiations aimed at finalizing one deal and reaching a settlement with holdout creditor FGIC.

Rhodes called a three-day break in the trial Wednesday to let Detroit finalize a deal with bond insurer Syncora and try to strike a separate deal with FGIC, the insurer of $1.1 billion in trouble pension debt the city wants to wipe out in the bankruptcy reorganization.

Much of the debt is owned by European banks and hedge funds. Those creditors joined FGIC and the Macomb Interceptor Drain Drainage District in seeking the motion to delay the trial by another week.

There was no indication in Sunday's court filing that FGIC was close to a deal following weekend negotiations.

FGIC wants more time to prepare to question the city's witnesses in light of the Syncora deal.

That's because Syncora had agreed to take the lead questioning 11 of the 20 remaining city witnesses, which included businessmen Dan Gilbert and Roger Penske.

Syncora, however, is no longer objecting to the city's debt-cutting plan, which means FGIC would need to take over questioning of the witnesses.

Syncora had planned to take the lead in questioning 10 of its own witnesses as well as Rhodes' expert witness.

"Although counsel for the creditors have worked diligently since the adjournment last week to reorganize their case and determine how to address the remaining witnesses, additional time is necessary to complete this analysis and adequately prepare for trial," FGIC attorney Mark James wrote.

The announcement from Syncora early Monday comes less than a week after The News first reported that the bond insurer had reached a tentative deal with Detroit.

The deal involves a transfer of city land and extension of the Detroit-Windsor Tunnel lease to a Syncora subsidiary and ink a 30-year lease of the parking garage below Grand Circus Park.

Simultaneously, court-ordered negotiations continued over the weekend between FGIC and Detroit.

Talks centered on whether the bond insurer would accept city-owned real estate — in lieu of a shrinking cash supply — to resolve Detroit's landmark bankruptcy.

Any deal would require the City Council to either fast-track a vote on a real estate deal with the creditor or force the council and Mayor Mike Duggan take action after Emergency Manager Kevyn Orr leaves office at month's end.