Judge Harold Hood of Detroit: He was in court to ‘do good work’

Longtime jurist retired in 2003 as chief judge pro tem of the Michigan Court of Appeals; he died May 5 at age 84

Judge Harold Hood of Detroit: He was in court to ‘do good work’ 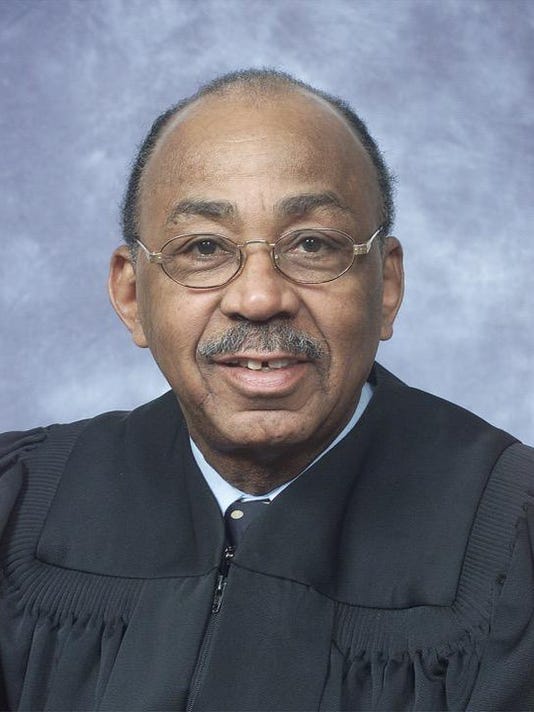 Harold Hood rose through the legal profession to a position as chief judge pro tem of the Michigan Court of Appeals.

Judge Hood was born in Hamtramck in 1931 to Sylvester and Lenore Hood. He was the youngest of three children.

After graduating from Cass Technical High School in Detroit, Judge Hood worked his way through college, earning a bachelor’s degree from the University of Michigan in 1952. That same year he entered the U.S. Army, where he served as a first lieutenant with the 7th Infantry Division in Camp Casey in Korea.

He got a taste of practicing law when his commanding officer selected him to represent defendants in court-martials.

In 1982, Judge Hood was appointed to the Michigan Court of Appeals; he was elected to terms in 1984, 1990 and 1996. Judge Hood also served as chair of the panel hearing the 1990 state reapportionment case.

According to his family, Judge Hood sought to eradicate bias and discrimination. In 1987, he was appointed to chair the Supreme Court Task Force on Racial and Ethnic Issues in the Courts. The task force issued a report with 122 recommendations to improve the legal system. To ensure they were implemented, Judge Hood partnered with Michigan Supreme Court Justice Marilyn Kelly as co-chair of the State Bar, Michigan’s Open Justice Commission from 1997 to 2002.

Judge Hood retired in 2003 as chief judge pro tem of the Michigan Court of Appeals.

Among awards he received were the State Bar of Michigan Champion of Justice Award in 1990, the Founders Award from the National Consortium on Racial and Ethnic Fairness in 2011 and the 2013 Dennis W. Archer Award for Public Service.

“Harold Hood was not only a great legal mind, but a great human being,” said William Giovan, a longtime friend and retired judge of the Wayne County Circuit Court. “He touched many lives and everyone was better for knowing him.”

Judge Hood enjoyed singing and being involved in his children’s lives, said his daughter Karen Hood. He was always fair, calm and kept his word, she said. “He’s been a great father,” she said. “He’s that kind of father throughout my whole life. He’s always been there.”

In 1977, Judge Hood married Lottie Jones. Since 1994 they attended Historic First Congregational Church of Detroit, where she was pastor until January.