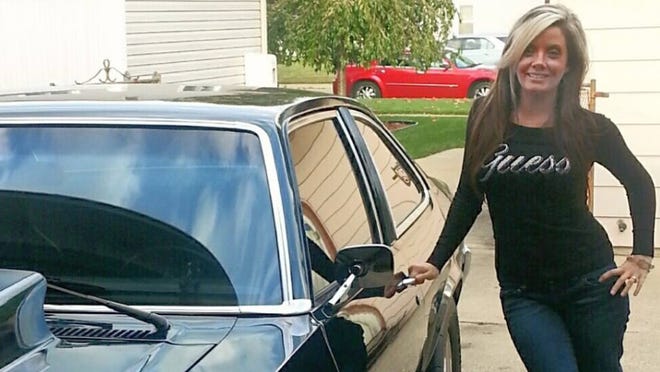 A Westland man charged in a sordid extortion case pleaded guilty Monday to money laundering and tax evasion in U.S. District Court in Ann Arbor and must pay more than $600,000 in income taxes.

Terry Tackett, 53, appeared in federal court Monday afternoon to enter into a plea agreement for two of the 117 counts filed against him by the U.S. Attorney’s Office.

His indictment, unsealed in March 2015, alleges a years-long conspiracy that netted millions of dollars from software executive Paul Vagnozzi of Orchard Lake. He retired in 2005 after selling his company, Rochester Hills-based Cypress Corp., for $8.7 million.

The alleged scheme, which started in 2008, was headed by Tackett, involved his wife Kimberly Tackett, 53, and their daughter Jessica Tackett, 25, who prosecutors say was a stripper and a prostitute.

According to a court record of the plea deal, Tackett threatened to report Vagnozzi to police for having sex with his daughter, who he stated was a minor at the time.

During 2010, Tackett received $1,010,400 in extorted money from Vagnozzi, prosecutors said, and failed to file an income tax return with the IRS that year.

Prosecutors agreed to cap sentencing for Tackett at five years as part of the plea deal.

Defense attorney Todd Flood said the remaining counts were dismissed and Tackett will be sentenced in April. He faced up to 20 years on the money laundering charge.

Asked why his client pleaded guilty, Flood said, “Of those two counts they made sense. It was a case of everything he has been through, he wanted some closure and move on to the other next chapter.”

Tackett, who has been in federal detention since March, was described by prosecutors as a wanna-be mobster so violent he violated a restraining order and repeatedly threatened his ex-fiancee.

Jessica Tackett died under mysterious circumstances in October in Westland. She had been charged in federal court.

Also charged in the case was Kimberly Tackett , who entered into pretrial diversion treatment on Dec. 16 in which the government agreed to defer her prosecution for 12 months during which she “may demonstrate her good conduct.” If she completes the treatment, her charges will be dismissed. If she does not, the case will go to trial.