Michael Lee Stratford, last seen at home in Taylor, had been missing 6 days before body was found in Ypsilanti field 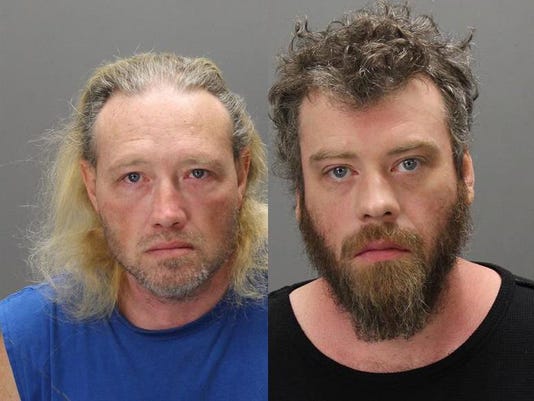 Two Taylor brothers were arraigned Wednesday in connection with the killing and mutilation of a River Rouge man.

Pleas of not guilty were entered for Adam L. Brown, 41, and his brother, Wesley D. Brown, 35, before Judge Geno Salomone in 23rd District Court in Taylor. Adam Brown was given a $1 million bond while Wesley Brown is being held without bond.

Authorities say they killed 38-year-old Michael Lee Stratford, whose body was found Sunday in a field in Ypsilanti.

Arthur Brown turned himself in to Taylor police Saturday and Wesley Brown was arrested Sunday in Detroit.

Stratford had been reported missing by his family eight days earlier and his motorcycle was last seen at a home in the 22100 block of Brian in Taylor. Police said Stratford was shot May 7 inside the Brian Street home and that his body was disposed of in Ypsilanti by the brothers.

A positive identification on Stratford’s body was made Wednesday, police said.

Colin Long, a friend of Stratford, said the victim was a single father of a 3-year-old daughter and a forklift driver for an automotive company.

“His daughter came first,” Long said. “It was his daughter, his family and then his bike.”

Long said Stratford turned down an opportunity to get a better paying job so he could make sure he was at home for his little girl.

A fund has been set up to pay for Stratford’s burial costs.

The brothers are scheduled back in court June 1 for a probable cause conference. A preliminary examination will be held June 6.