Law enforcement officials, including members of the FBI, Livonia police and Farmington Hills police, convene in a search at Hines Park in Livonia on July 19, 2017.(Photo: Nolan Finley / The Detroit News)Buy Photo

More than 150 law-enforcement authorities from 20 agencies, plus 14 canines are in force Wednesday searching Hines Park in Livonia for evidence related in the case of Farmington Hills resident Danielle Stislicki who went missing in December.

“Law enforcement authorities have expressed since day one that Danielle Stislicki was a victim of a crime,” Farmington Hills Police Chief Chuck Nebus said in a statement. “The facts of the case lead us to believe she is not alive. Several air, land, and water searches have been conducted at various places throughout the investigation. Hines Park is being searched as the result of a recent Livonia and Farmington Hills joint investigation.

“This investigation has led to criminal charges in Livonia against Floyd Galloway, a 30-year-old resident of Berkley,” Nebus continued. “Because the Livonia incident occurred in Hines Park, it is a location that requires searching. There is no specific information or evidence that leads us to believe Danielle’s remains are in the park.”

Authorities believe Galloway is a person of interest in the Stislicki case, but he has never been charged with any crime related to that case.

Late last month, Galloway was arraigned at 16th District Court in Livonia on charges of kidnapping, criminal sexual conduct-assault with intent to commit sexual penetration and assault with intent to do great bodily harm less than murder by strangulation in an alleged attack on a jogger at Hines Park. 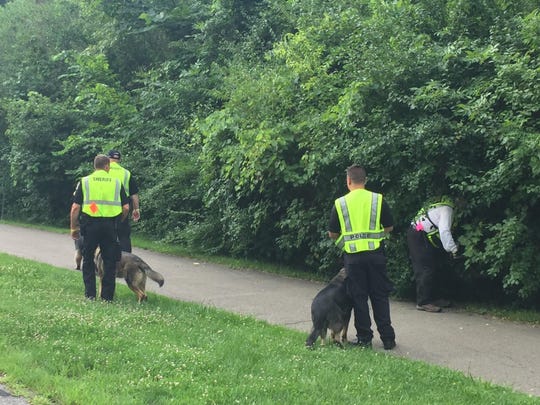 Stislicki went missing around 5 p.m. Dec. 2 after leaving her job at MetLife in Southfield in the area of Telegraph near 10 Mile. Stislicki had asked to leave work earlier than scheduled and had plans to meet up with a longtime female friend but never arrived to meet the woman, police said.

Anyone with any information about the disappearance of Danielle Stislicki is urged to contact the Farmington Hills Police Department Command Desk at (248) 871-2610.