Cop injured in Livonia car crash on the mend

Officer released from hospital after surgery on leg injury

Cop injured in Livonia car crash on the mend 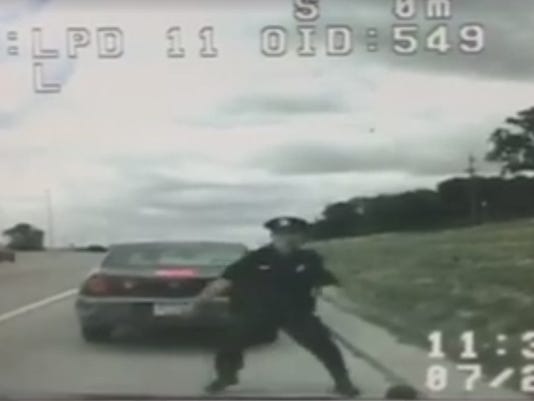 A motorist was killed and a Livonia police officer will need surgery after a traffic crash Sunday on Interstate 96.(Photo: Livonia Police Dept.)

A Livonia police officer injured after being struck by a car Sunday has been released from the hospital, officials said.

A motorist was also killed in the accident on westbound Interstate 96 near Middlebelt Road. The crash happened just before noon Sunday.

Livonia Police Capt. Robert Nenciarini said Friday the injured officer had surgery on his leg and will be on crutches for several weeks. He said the officer, a 19-year veteran of the department, is not giving interviews to the media.

Police continue to investigate the crash and are waiting for toxicology reports on the motorist.

Officials said the incident began with a traffic stop. As the officer who executed the stop walked back to his patrol car, “a vehicle crossed all lanes of traffic and struck the rear” of the vehicle, according to authorities. The car “was catapulted” into the officer, who “was thrown backward onto the pavement," they said.

After impact, the vehicle that crashed into the police car rolled over. The vehicle's male driver was trapped and injured. Emergency medical technicians said the man was dead at the scene.

Nenciarini said a preliminary investigation shows the motorist may have had a medical emergency.

"We don't have anything more from the Medical Examiner's Office," he said. "But from what witnesses say and what we've found in our investigation, it looks like some type of medical emergency."

Nenciarini also said the department sends its condolences to the motorist's family and friends.