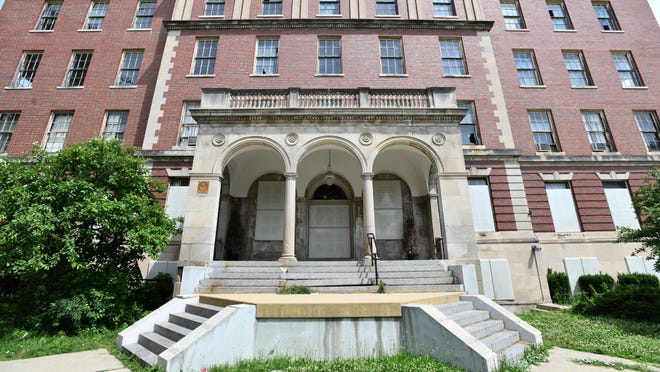 A blighted complex in Westland that once housed a psychiatric hospital that some believe to be haunted was sold Thursday by Wayne County officials.

Developers purchased the 28-acre property, known as the Eloise Hospital Complex, from the county for $1 with plans to invest $20 million in creating affordable senior homes and emergency housing for families in need.

The agreement, passed unanimously by the Wayne County Commission, gives the developer the Kay Beard Building, the Commissary Building and several dilapidated structures in the complex, which is located on Michigan Avenue just east of Merriman Road.

The deal also includes the sale of the nearby Potter's Field cemetery.

Assistant Wayne County Executive Khalil Rahal said the sale of the property will save the county about $375,000 a year in maintenance and insurance costs.

The agreement helps the county in its road to financial recovery as it looks to sell underutilized properties and consolidate operations, Rahal said.

"This is a sale of a property that's going to see investment in an area that's been empty for two years," said Rahal, noting that the county's senior and Head Start programs previously operated in the Kay Beard building. "This kind of relieves us of a lot of those curating costs while maintaining the community aspect that the community wants to see."

Westland Mayor Bill Wild submitted a letter to the commission supporting the development, saying it would increase the tax base in his city.

Wild said he also expects the new housing will support a nearby commercial center.

"I have met with the development team on a couple of occasions," Wild said in the letter. "They are experienced in creating affordable housing and have prepared realistic plans and a pro-forma that can provide adequate funding to complete millions of dollars of housing development and revitalization which is much needed in this area."

The developers' plan calls for renovating the Kay Beard building and the second floor of the Commissary building as well as constructing 106 units for senior and family affordable housing. The plan also includes demolishing the remaining dilapidated structures on the site.

Potter's Field is expected to be maintained by the developer with fencing around its perimeter, county officials say.

The Wayne County Family Center on Michigan Avenue is part of the deal, but officials say it will continue normal operations.

Charles House, director of economic development for Westland, said developers have three and a half years to complete the project.

The Eloise, which opened in 1839, was once one of the largest mental hospitals in the country.

Throughout its boom years, the complex was caring for 8,000 patients daily and eventually became a city unto itself, with 75 buildings that included a fire department, powerhouses to supply energy and low-rent housing.

Renamed Wayne County General Hospital in 1945, the facility was closed as a hospital in 1981 due to a combination of financial problems and mental health care reform.

It's since been a popular spot for ghost hunters as some have reported "apparitions, often a woman wearing white, moans, screams and roars," according to michiganhauntedhouses.com.

"It has once been reported as one of the most haunted places in the state of Michigan," Rahal said.