An off-duty Detroit police officer and a woman were reportedly killed in a single car crash early Thursday around 3 a.m. 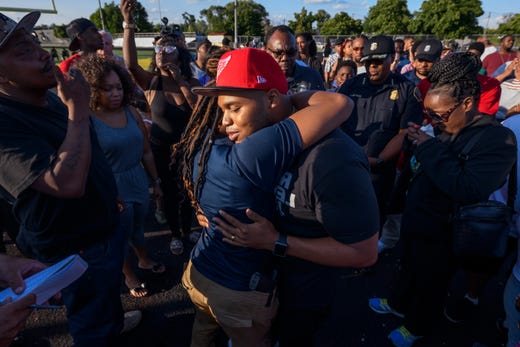 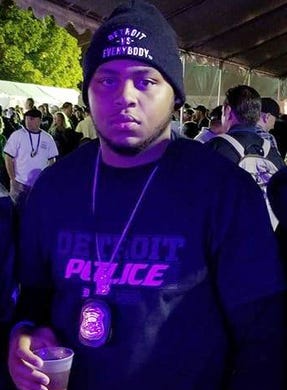 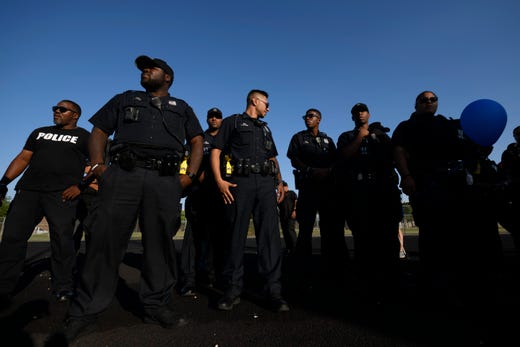 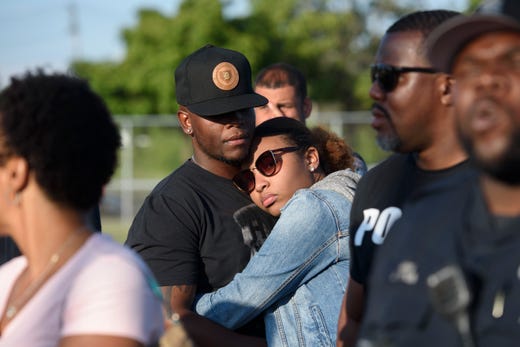 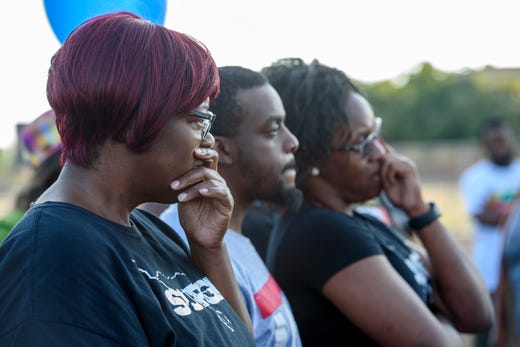 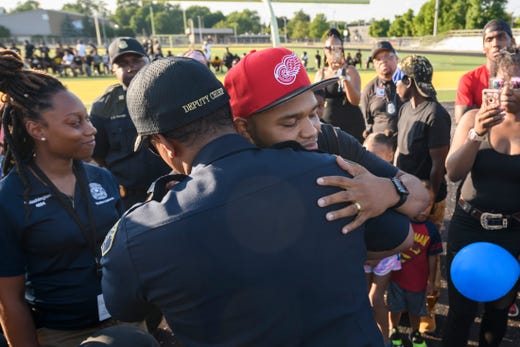 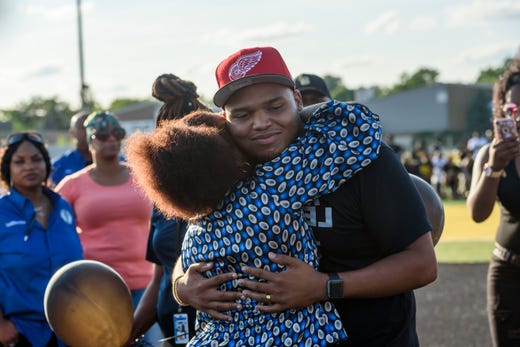 Detroit Police Chief James Craig provides the media an update on the death of an off-duty officer who was killed in a single-vehicle car crash Thursday morning. Craig held a news conference outside of the department's Downtown Services Section where the officer worked.(Photo: Charles E. Ramirez/The Detroit News)Buy Photo

The Detroit police officer who died in a single-car crash on the city’s west side Thursday was "the ultimate community police officer," despite a short career, officials said.

James Hearn, 27, was a four-year veteran of the force, Detroit Police Chief James Craig said a few hours after the crash, which claimed the lives of the officer, who was off-duty, and his girlfriend.

"It's another tragedy," Craig said. "We lose a lot of the good ones."

The police chief made the remarks at a news conference held outside of the department's Downtown Services Section building on Atwater Street adjacent to Hart Plaza in downtown Detroit. Craig said Hearn had worked at the precinct for the last year.

"It's certainly a loss to this department," Craig said. "The officers here at Downtown Services and at the 12th Precinct are grieving. He touched everyone." 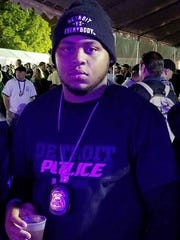 Police continue to investigate the cause of the crash. Officials are also not releasing the identity of the officer's girlfriend until they've notified her next of kin, they said.

Hearn's 11-year-old daughter was also in the vehicle, Craig said. She was treated at a hospital for minor injuries and released, he said.

The crash happened at about 3:45 a.m. on Woodward at State Fair Avenue, according to authorities.

Hearn's car was traveling north on Woodward when it struck either a light standard or a light pole, Craig said.

The chief said it's not clear what caused the accident but "there's no indication there was anything nefarious" behind it.

He said Hearn had had a long day Wednesday, beginning early, working his shift and then performing volunteer work. After that, Craig said, Hearn took his daughter fishing.

Craig described Hearn, a father of two, as the "ultimate community police officer."

"He loved his job," Craig said. "He did it with excellence. He was passionate. He understood the importance of service."

The police chief also said Hearn was given a citation for saving a person from a burning building.

"I don't know too many police officers, myself included, who like to go into a burning structure," Craig said. "But James was exceptional and he did that."

He also said the officer had a magnetic smile.

Hearn also has a brother who works for a federal law enforcement agency and plans to join the Detroit Police Department in the future, according to the chief.

In addition, Hearn volunteered to work with the city's kids in the department's Police Athletic League.

Craig said he was doing volunteer work in the league's mentoring program after his afternoon shift ended on Wednesday.

Officer Darren Weathers, 25, died during a training exercise in February. He was critically injured in a traffic accident after running a red light, crashing into another vehicle and hitting a wall on Clark Street near Michigan Avenue. Weathers was assigned to the department’s Integrity Unit, which investigates allegations against police officers.

The same month, officer Glenn Doss, also 25, died after being shot while responding to a domestic violence call on Jan. 25. at a home in the 5500 block of McDougall, near Interstate 94 and Chene Street.