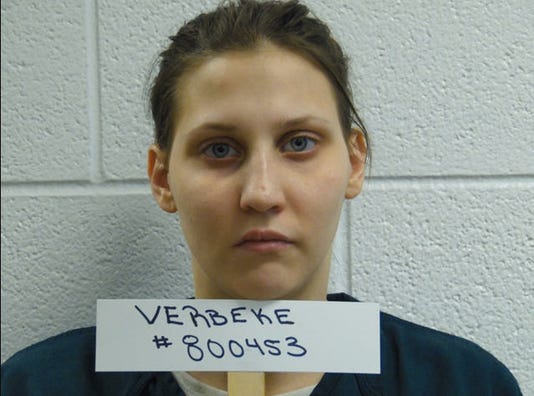 An Otter Lake woman was arraigned Wednesday on second-degree murder and other charges in a  crash that left a young college student dead and her brother injured. The crash occurred while the suspect was fleeing Warren police, authorities allege.

The crash, which occurred about 6 p.m. Sunday, killed Daziah Tanae Crawford, 19, of Detroit.

Verbeke was arraigned in 36th District Court in Detroit.

According to the prosecutor's office, Verbeke was southbound on Fairport Street, fleeing Warren police, when she struck the victim’s vehicle, which was eastbound on Lappin.

Authorities allege Verbeke was under the influence of drugs and ran from the scene; she was arrested by Warren police. She was remanded to jail following her arraignment .

Verbeke's probable cause conference is scheduled for 8:30 a.m. Aug. 22. Her preliminary examination is set for 9 a.m. Aug. 28, with both hearings before 36th District Court Judge Deborah Lewis Langston.