Funeral arrangements have been set for Wayne County Sheriff Sgt. Lee Smith who was killed in a hit-and-run crash while jogging in Westland 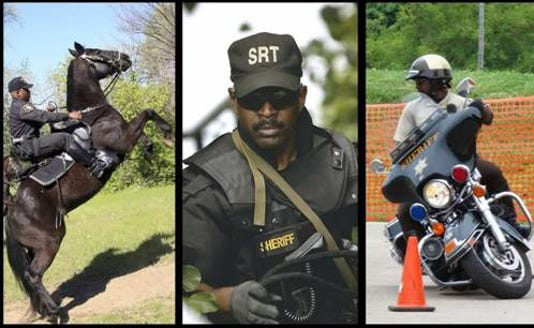 Funeral arrangements have been set for Wayne County Sheriff Sgt. Lee Smith, who was killed in a hit-and-run crash while jogging in Westland.

The public visitation for Smith will be from 3-8 p.m. Wednesday at Swanson Funeral Home, 14751 W. McNichols Road in Detroit.

Services will follow Thursday at 11 a.m. at Greater Grace Temple, 23500 W. Seven Mile in Detroit. Smith, who was 55, will be buried at Detroit Memorial Park West Cemetery in Redford.

Westland police arrested a 47-year-old Detroit man Thursday in connection with the crash.

Smith was jogging on the side of Hines Drive, west of Middlebelt, at 10:30 a.m. Tuesday when he was hit by what Wayne County Sheriff Benny Napoleon said appeared to be a black Buick Enclave with chrome trim and door handles. Smith was dragged for 50 or 60 yards.

Sheriff Benny Napoleon said “30 to 40 people” from the sheriff’s office and Westland police ran down tips and scoured “hours and hours” of surveillance video, from dozens of locations before an arrest was made.

Napoleon declined to speculate whether Smith was targeted or the crash was the result of distracted or impaired driving.