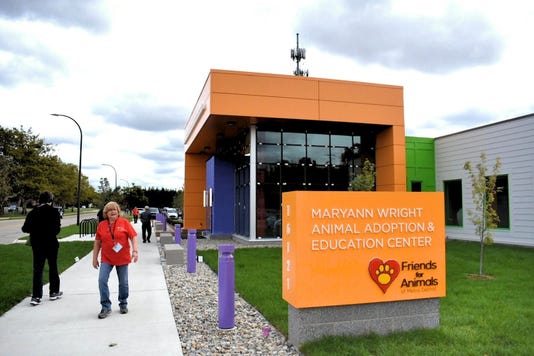 Dearborn — Dozens of homeless dogs and cats moved into the new Friends for Animals of Metro Detroit facility over the past weekend during a grand opening.

Land for the center, at 16121 Reckinger Road, was donated by the city of Dearborn. The community raised $5.1 million. MaryAnn Wright, an automotive executive at Ford Motor Co., donated $1 million.

Shelter officials said Wright's passion is animal welfare and advocacy, and her donation meant her name will go on the facade of the new animal adoption and education center.

Elaine Greene, executive director of the Friends for Animals of Metro Detroit, said it's been too long of a work in progress.

"We've been looking forward to this for the last 15 plus years," said Greene. "We're hoping we'll get more adoptions with the new facility because it's a much happier environment. The other place was crowded, so small and we constantly lost power. This is brand new from the ground up." 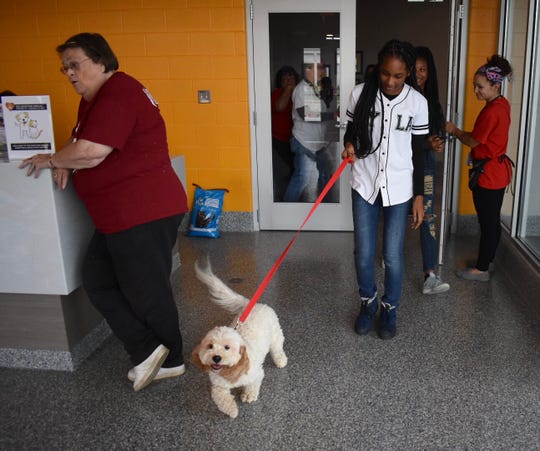 Greene said they continue to raise another $3 million to rehabilitate part of the old train station next door to use as a treatment center. For now, the old facility on Greenfield remains open as a service center for not-yet adoptable animals.

"The best part is the cages," she said. "They have a living area, a bathroom area and a sleeping area in each cage. We use dog cages for larger cats and we have so much more room."

Hundreds flocked to check out the new center on Saturday afternoon.  Some like Lloyd Lilla sought out animals ahead of time and came early to adopt. He chose a gray-and-white cat named Demetrius for his girlfriend.

"... As soon as I walked up to the cage, he was all over me and seemed like a natural fit," Lilla said. 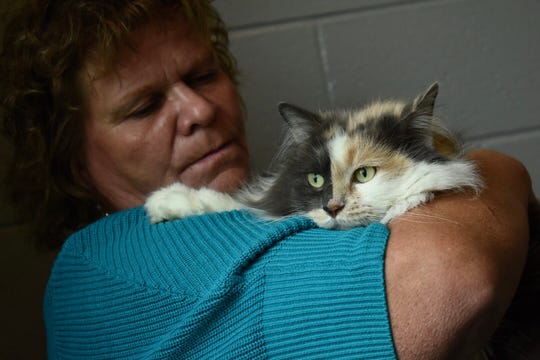 Robin Ross Case of Dearborn Heights cradles a 3-year-old dilute calico cat named “Suki,” whom she adopted for her mom. “We don’t buy cats, we only save,” said Case, who has rescued other cats. (Photo: Brandy Baker/special to the Detroit News)

Others like Anna Keating from Livonia arrived by 1 p.m. and adoptions for all small dogs were filled.

"I'm disappointed because I really want a small dog, but almost all were pending adoption," said Keating. "I'll come back again and check on them ... "