Parents say Marine Corp negligent in failing to protect Raheel Siddiqui, who died in boot camp in 2016 after 3-story fall 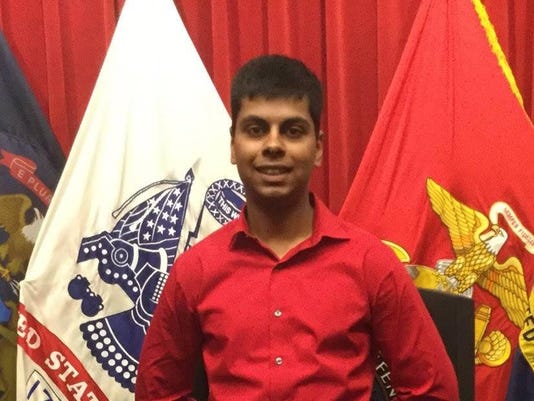 An attorney for a Taylor couple is appealing a U.S. District judge’s dismissal of a lawsuit in the death of their son, a 20-year-old Marine who died during boot camp in South Carolina.

U.S. District Judge Arthur Tarnow ruled Nov. 27 that under the Feres doctrine, claims related to injuries to active duty military personnel belong in military and not civil courts. He dismissed the case "despite strong reservations."

"Despite the serious questions that remain regarding the circumstances of Pvt. Siddiqui’s death, the court will dismiss this case," Tarnow wrote.

The parents of Raheel Siddiqui had sued the Marine Corps in 2017, alleging he was assaulted, hazed and discriminated against at the training depot on Parris Island because of his Muslim faith.

The lawsuit argued that military officials were negligent in failing to protect Siddiqui, who died in March 2016 after falling from a third-story building.

Siddiqui's parents, Ghazala and Masood Siddiqui, argued the government was negligent by almost immediately declaring their son's death a suicide without a full investigation.

Shiraz K. Khan, the attorney for the Siddiqui family who filed the appeal and original lawsuit, could not be reached for comment Monday night.

He had urged the court to deny the government's motion to dismiss, arguing the Feres doctrine did not apply to the case because Siddiqui had not yet started his active military service and was a civilian when he first started meeting with Marine recruiters in 2015.

But Tarnow concluded Siddiqui's injuries arose from or were sustained in the course of activity incident to his military service, "even though Pvt. Siddiqui was not yet a Marine."