Authorities said man is accused of hiring another man to kill a female friend's husband. 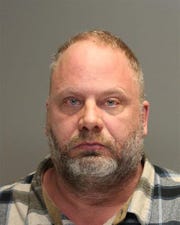 Detroit — A Livonia man has been charged with soliciting another man to kill a friend's husband, the Wayne County Prosecutor's Office said Friday.

A probable cause conference in the case against Porter was held Friday and a preliminary examination of the case against him scheduled for April 22 has been canceled because the judge ordered him to undergo a competency evaluation.

He is not scheduled to appear in court until June 12, officials said.

He was arraigned last Friday in 35th District Court on charges of solicitation of murder, a life felony, and two counts of using a computer to commit a crime. The crime carries a penalty of up to 20 years in prison.

A judge ordered him held on a $500,000 bond and required him to wear a GPS tether if he was released on bond.

Police continue to investigate and no other details are being released at this time, official said.